Bernice Chauly (born 1968, Georgetown, Penang) is Malaysian writer, poet, educator, festival director, actor, photographer and filmmaker. Born to Chinese-Punjabi teachers, she read Education and English Literature at the University of Winnipeg, Canada as a government scholar and is recognised one of the most significant voices of her generation.

She is the author of six books, which include poetry and prose; going there and coming back (1997), The Book of Sins (2008), Lost in KL (2008), the acclaimed memoir Growing Up With Ghosts (2011) which won in the Popular Readers’ Choice Awards 2012 in the Non-Fiction Category, Onkalo (2013), her third collection of poems which Nobel laureate J.M Coetzee has said is "direct, honest and powerful", and Once We Were There (2017) published by Epigram Books. In 1998, she began organising literary events in Kuala Lumpur and in 2005, founded Readings, the longest-running live literary platform in Kuala Lumpur. In 2011, she was Festival Director for the Writers Unlimited Tour Kuala Lumpur/Makassar and is the Festival Director of the George Town Literary Festival in Penang (2011 – present), the only international literature festival in Malaysia. She was also the co-curator of at Read My World International Literature Festival Amsterdam (2015).

She was a resident at the University of Iowa's International Writing Program in 2014 and is the Founder and Director of the KL Writers Workshop. She currently teaches creative writing at the University of Nottingham Malaysia Campus. For over 20 years, she worked extensively in the creative industries and won multiple awards for her work and her contribution to the arts in Malaysia. Her writing, photography and film work has dealt with human rights issues that include HIV/AIDS, displacement of indigenous communities, documenting folk traditions, refugees, stateless women and children, and sex workers. She continues to work with survivors of human trafficking and domestic violence. She lives and works in Kuala Lumpur, Malaysia. 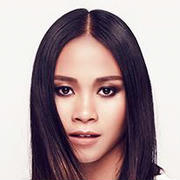