Bernard Stiegler ([stiɡlɛʁ]; born 1 April 1952) is a French philosopher. He is head of the Institut de recherche et d'innovation (IRI), which he founded in 2006 at the Centre Georges-Pompidou. He is also the founder in 2005 of the political and cultural group, Ars Industrialis, and the founder in 2010 of the philosophy school, pharmakon.fr, held at Épineuil-le-Fleuriel. His best known work is Technics and Time, 1: The Fault of Epimetheus. He has been called “the most important French theorist to come after Derrida, and one of the most important thinkers anywhere about the effects of digital technology”.

Between 1978 and 1983 Stiegler was incarcerated for armed robbery, first at the Prison Saint-Michel in Toulouse, and then at the Centre de détention in Muret. It was during this period that he became interested in philosophy, studying it by correspondence with Gérard Granel at the Université de Toulouse-Le-Mirail. His transformation in prison is recounted in his book, Passer à l'acte (2003; the English translation of this work is included in the 2009 volume, Acting Out).

In 1987–88, with Catherine Counot, Stiegler commissioned an exhibition at the Centre Georges-Pompidou, entitled Mémoires du futur: bibliothèques et technologies. Stiegler defended his thesis at the École des Hautes Études en Sciences Sociales in 1992. He has been a Director at the Collège international de philosophie, and a Professor at the Université de Technologie at Compiègne, as well as a visiting professor at Goldsmiths, University of London. He has held the positions of Director General at the Institut National de l'Audiovisuel (INA), and Director General at the Institut de Recherche et Coordination Acoustique/Musique (IRCAM).

In 2010, Stiegler opened his own philosophy school in the French town of Épineuil-le-Fleuriel.

Stiegler has been prolifically publishing books, articles and interviews since 1994. His works include several ongoing series of books:

On 18 June 2005 Stiegler founded a political and cultural group, Ars Industrialis, the manifesto of which calls for an "industrial politics of spirit." The manifesto was signed by Stiegler and the other co-founders of the group, George Collins, Marc Crépon, Catherine Perret and Caroline Stiegler. An updated manifesto was released in 2010.

On 18 September 2010 Stiegler opened his own philosophy school (called pharmakon.fr) in the small French town of Épineuil-le-Fleuriel, in the department of Cher. The school runs a course for lycée students in the region, a doctoral program conducted by videoconference, and a summer academy that involves both groups of students as well as interested inhabitants from the surrounding area. The context and themes of the school lie in Stiegler's argument that we are entering a period of post-consumerism and post-globalization. At a philosophical level, the school is engaged in research, critique and analysis in line with Stiegler's pharmacological approach.

Stiegler features prominently in a number of works of film and television, and has appeared on French television numerous times. Among his most significant appearances are the following:

Stiegler's daughter Barbara (born 1971) is also a philosopher. She attended the École Normale Supérieure de Fontenay-St-Cloud, and in 2003 obtained her doctorate from the University of Paris IV: Paris-Sorbonne. Barbara Stiegler is the author of Nietzsche et la biologie (2001) and Nietzsche et la critique de la chair: Dionysos, Ariane, le Christ (2005). She is not to be confused with the German sociologist of the same name.

The contents of this page are sourced from Wikipedia article on 07 Apr 2020. The contents are available under the CC BY-SA 4.0 license.
View Bernard Stiegler 's image gallery
Image Gallery 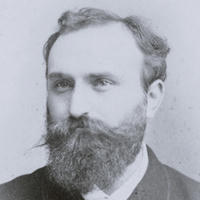