Bernard Flanagan was born in Proctor, Vermont, to John B. and Alice (née McGarry) Flanagan. He studied at the College of the Holy Cross in Worcester, Massachusetts, and at the Pontifical North American College in Rome. He was ordained to the priesthood on December 8, 1931. He earned a doctorate in canon law from The Catholic University of America in 1943, and served as secretary to Bishop Edward Francis Ryan and chancellor of the Diocese of Burlington.

On September 1, 1953, he was appointed the first Bishop of Norwich, Connecticut, by Pope Pius XII. Flanagan received his episcopal consecration on the following December 3 from Bishop Edward Ryan, with Bishops Vincent Waters and John Cody serving as co-consecrators. He was formally installed five days later, on December 8, in St. Patrick's Cathedral. During his tenure, Flanagan oversaw the establishment of several secondary schools and parishes within his diocese.

He was later named the second Bishop of Worcester, Massachusetts, on August 8, 1959, and installed as such by Richard Cardinal Cushing on September 24 of that same year. Flanagan attended the Second Vatican Council from 1962 to 1965, and was an ardent supporter of ecumenism. He once declared, "There are many paths that we can and must travel, as we work and pray for the fulfillment of Christ's prayer that 'all be one'. One of these paths is the association of yet separated Christian churches in local and regional councils."

In 1973, his diocese joined the Worcester County Ecumenical Council, a predominantly Protestant organization. He also engaged in active dialogue with Archbishop Iakovos of the Greek Orthodox Church in America.

After twenty-three years of service, the Bishop retired from his post in Worcester on his seventy-fifth birthday, March 31, 1983. Flanagan later died at the age 89. 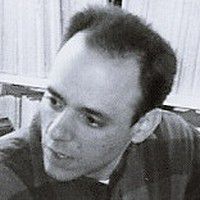