Bernard Emié (born 6 September 1958) is a French career diplomat, who currently serves as High Commissioner in Algiers since 1 August 2014.

Emié graduated with a Diploma in 1979 from Sciences Po, before going up to the École nationale d'administration (ÉNA). He joined the French Foreign Ministry as a Secretary in 1983.

He served as Second Secretary in New Delhi, India (1984–86), before being seconded by Jean-Bernard Raimond to the Foreign Ministry.

Emié was promoted as Counsellor at the French Embassy in Washington, D.C., United States, before returning to duties at the French Foreign Ministry as Deputy Director for North Africa and the Middle East.

Emié served as Private Secretary (1993–95) to Alain Juppé, and as Minister-Counsellor to President Jacques Chirac.

Emié served as Ambassador to Turkey from 2007 until 2011 and as French Ambassador to London from 2011 until 2014, before being posted as High Commissioner to Algeria.

Bernard Emié, of Belgian descent, married on 30 September 1989 Isabelle, only daughter of François de Chabannes (marquis de La Palice de Tournon), by whom he has two daughters (Constance & Pauline) and one son (Louis). 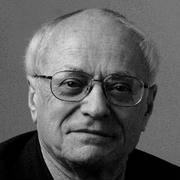