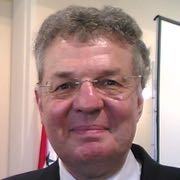 A Graduate of the École normale supérieure de Saint-Cloud, having received an agrégé and a doctorate in letters, he was a teacher of linguistics in University of Paris VII, former director of the National Institute for the French language, former vice-president of the Conseil supérieur de la langue française and president of the French National Reading Observatory. In 1995 Bernard Cerquiglini joined the Oulipo. He was in charge of a governmental studies on a French orthography reform and about national languages in France. He received the title Doctor Honoris Causa at ULIM.

Cerquiglini's Eloge de la variante (Paris:Seuil, 1989; trans. in 1999 into English, In Praise of the Variant, 1999), marks the beginning of the scholarly paradigm referred to as "The New Medievalism" (also: The New Philology), which was critical of modernist positivist editorial practices for medieval texts. However, his claim that "[p]hilology is a bourgeois, paternalist, and hygienist system of thought about the family; it cherishes filiation, tracks down adulterers, and is afraid of contamination. Its thought is based on what is wrong (the variant being a form of deviant behaviour), and it is the basis for a positive methodology", was criticised by the Indologist Reinhold Grünendahl, who argued that the aim of Cerquiglini's work is not to contribution to a methodological debate but to confirm the premise of critical theory.

Currently, he is in charge the Center for French and Francophone Studies in the Louisiana State University in Baton Rouge, Louisiana.

The contents of this page are sourced from Wikipedia article on 08 Mar 2020. The contents are available under the CC BY-SA 4.0 license.
View Bernard Cerquiglini 's image gallery
Image Gallery