Berkant Göktan (born 12 December 1980 in Munich) is a Turkish-German former footballer. He was considered one of the hottest prospects in Germany during the late 1990s.

Giovanni Trapattoni called him up to train with Bayern's senior squad when he was 16 years old, while Ottmar Hitzfeld granted him his professional debut at age 17. He replaced Hasan Salihamidžić in a 1998–99 UEFA Champions League game against Manchester United with 30 minutes left when the score was 2–1 for Manchester. Bayern ended up tying the game.

In January 1999, he negotiated a loan deal to Borussia Mönchengladbach.

In September 2006, Göktan joined TSV 1860 München in the Bundesliga and became a star of the team. On 21 October 2008, he was released from his contract after being positively tested for Cocaine consumption.

On 21 January 2010, he has signed a one-year contract with Thai Premier League champions Muangthong United who were hoping to qualify for their first ever AFC Champions League. Göktan was the club's first signing under new coach René Desaeyere. He left the club without featuring in a single match because of fitness. 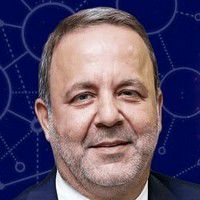