Beny Steinmetz (Hebrew: בני שטיינמץ‎‎; born 1956) is an Israeli businessman, with a portfolio in diamond-mining, engineering and real estate.

Beny Steinmetz was born in Netanya, Israel in 1956, the fourth child of Rubin Steinmetz. He inherited the Geneva-based Steinmetz Diamond Group from his father.

In December 2008, a three-year exploration permit for Simandou Blocks 1 & 2, in the Republic of Guinea, was awarded to BSGR Guinea, after the government of Guinea, under its then president, General Lansana Conté, ordered that it be relinquished by its previous holder, the British-Australian multinational mining company Rio Tinto Group. Conté signed over the rights to mine the northern half of Simandou, days before he died, to Steinmetz for $160 million. Steinmetz then soon sold a 51% share on to Vale for $2.5 billion.

The U.S. Justice Department and the FBI have been investigating BSGR's acquisition of the rights to extract half of the iron ore deposits at Simandou, Guinea, due to concerns about corruption and bribery. BSGR have stringently denied these allegations, and in an interview to the New Yorker Beny Steinmetz has said: “We are the victims. We have done only good things for Guinea, and what we’re getting is spit in the face."

In April 2014 the Guinean government announced that it had "precise and coherent evidence" that BSGR had obtained the Simandou mining rights by paying bribes to the wife of then-president Lansana Conté in 2008, and that the rights would be stripped from BSGR and its partner Vale S.A. In September 2014 BSGR started an international arbitration proceeding against the Republic of Guinea in the International Centre for Settlement of Investment Disputes, challenging the government's decision to revoke its mining rights.

In November 2015, Rio Tinto's RICO lawsuit against BSGR was dismissed, with U.S. District Judge Richard Berman ruling that Rio exceeded the statute of limitations when filing their claim against BSGR in 2014 and that the company failed to identify a pattern of racketeering activity by the defendants.

In mid-November 2016 Alan Davies, head of the Rio Tinto department responsible for Simandou, was suspended due to an investigation into the lawfulness of Rio Tinto's payment to Francois de Combert, former managing partner at Lazard and personal adviser to the president of Guinea. On December 1, 2016 France 24 aired a pair of recordings from 2012 that it claimed were conversations between Francois de Combret and unnamed people involved in the two competing negotiations over the future of Simandou. Australian media has referred to the controversy as Guineagate.

In December 2016, Steinmetz was arrested "on suspicion of money laundering and bribery charges in relation to Simandou following a wide-ranging investigation" carried out jointly by Israeli, American, Swiss, and Guinean authorizes, in coordination with the OECD. He was placed under house arrest on December 19, 2016, "after accusations that he paid tens of millions of dollars to senior public officials in Guinea to advance his businesses," specifically in connection with BSGR's purchase of Simandou. Steinmetz was released without charge the following month. In April 2017, BSGR filed a suit against American billionaire George Soros in U.S. federal court in New York, claiming he had engaged in a lengthy effort to defame the company and sabotage its business in Simandou and around the world. A Soros spokesman said that BSGR's allegations were "frivolous and entirely false" and said that the lawsuit was "a desperate PR stunt meant to deflect attention from BSGR's mounting legal problems across multiple jurisdictions."

He is also an investor of Gabriel Resources Ltd.

Koidu Holdings, which formerly operated as a joint venture, has been wholly owned by the BSGR company since 2007. In 1997, he founded STI Ventures NV, a venture capital firm that invests in start-up companies in Israel. In 1999, he was the owner of Tucows. BSGR and another investment firm, IMR, also control Cunico. A now-defunct company, of which he was a founder and shareholder, Nikanor plc, listed in London, was acquired by Katanga Mining in 2008. With his company called Scorpio, he owns real estate in Kazakhstan, Russia, and Eastern Europe.

On March 10, 2016, he was indicted in absentia by Romanian National Anticorruption Directorate, on charges regarding the unlawful recovery of Paul-Philippe Hohenzollern's inheritance. The court in Romania dismissed the request for a warrant for his arrest.

The March 2011 issue of Forbes magazine estimated his personal wealth at US$6 billion. As of March 2011, he was the second richest person in Israel, before Sammy Ofer died in June 2011. According to Forbes in June 2014, Steinmetz is the sixth richest Israeli in the world with a net worth of $3.5 billion.

Steinmetz lives in Geneva, Switzerland. He is married with four children. With his wife, he oversees the Beny & Agnes Steinmetz Foundation, which donates to schools, hospitals, army units and the arts in Israel. He also holds French citizenship and describes himself as an "international Israeli." 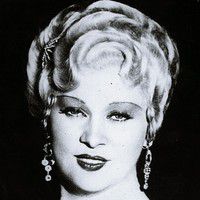 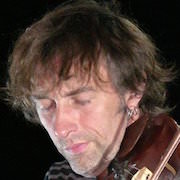