Benny R. Powell is an American businessman who is CEO of Red Giant Entertainment, a transmedia company.

In 1995, Powell wrote the story basis for an issue of the Marvel Comics anthology title What If. He was CEO of Bench Press Studios from 1998 to 2000, and spent 2000 as head marketing writer for Priceline.com. He went on to work as a global advertising writer for Brann Worldwide / IBM, and as a marketing writer for Dynetech. He then became CEO of Total Solutions Marketing and later founded True Source Marketing. He is as well CEO of Active Media Printing.

In August 2010, Powell founded Red Giant Entertainment, later co-owned by himself and David Campiti. The Florida-based company announced plans to launch its Giant-Size Comics line of free, ad-supported, print comic-book anthology titles on May 3, 2014 in conjunction with Free Comic Book Day These Giant Sized comics are larger than traditional comics (64 pages rather than 32 pages). 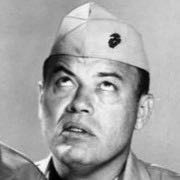