John Ben Benson Jr. was born in Chignik, Territory of Alaska, on October 12, 1913. He was an Alutiiq (aka "Sugpiaq", aka "Aleut") born to a Swedish-American father, John Ben "Benny" Benson Sr., and Alutiiq-Russian mother, Tatiana Schebolein. When he was three years old, his mother died, forcing his father to send him and his brother Carl to an orphanage, as Benny's father could not take care of them. Benny grew up at the Jesse Lee Home for Children in Unalaska and later in Seward.

After graduating from college in 1932, Benny left the Jesse Lee Home. He returned to the Aleutian Islands to work with his father fishing and, for a time, trapping blue foxes on Chirikof Island and on John's privately own Ugaiushak Island. The rate for furs began to decline, so Benny moved to Seattle in 1936. He used the $1,000 prize from the flag design competition to enroll in the Hemphill Diesel Engineering School for Diesel engine repair. In 1938, Benson married Betty Van Hise. The couple's first child, Anna May, was born in October 1938. Their second daughter, Charlotte Abbot, was born in June 1940. Benson divorced in 1950 and moved with his daughters to Kodiak where he became an airplane mechanic for Kodiak Airways.

Benny met his sister in the mid 1950s, 30 years after their separation. His sister died soon after. His brother Carl also died in 1965. Benson's right leg had to be amputated in 1969 due to circulatory problems. Shortly after that, in 1972, he met and married a former Jesse Lee Home resident, Anna Sophie Jenks. Benson had several stepchildren and grandchildren. He died of a heart attack in Kodiak, Alaska, on July 2 of that year, at the age of 58 years old.

32 years before Alaska was to become a state, the Alaska Department of the American Legion sponsored a territorial contest for Alaskan children from seventh grade (12–13 year old students) to twelfth grade (17–18 year old students). Benny's design was chosen to represent the future of the Alaska Territory. Up to that time, Alaskans had flown only the U.S. flag since the territory was purchased from Russia in 1867. His design was chosen over roughly 700 other submissions from schoolchildren territory-wide in grades 7 to 12. Most other entries featured variations on the territorial seal, the midnight sun, the northern lights, polar bears, and/or gold pans. For his achievement, Benny was awarded $1,000, an engraved watch and a trip to Washington, D.C.

Benny looked to the sky for the symbols he included in his design. Choosing the familiar asterism he looked for every night before going to sleep at the orphanage, he submitted this description with it:

The blue field is for the Alaska sky and the forget-me-not, an Alaskan flower. The North Star is for the future state of Alaska, the most northerly in the union. The Dipper is for the Great Bear – symbolizing strength.

The contents of this page are sourced from Wikipedia article on 28 Oct 2021. The contents are available under the CC BY-SA 4.0 license.
View Benny Benson 's image gallery
Image Gallery 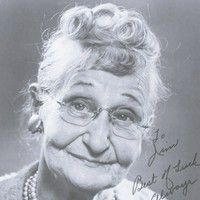 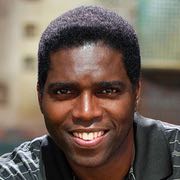