Benjamin Melendez (born 1952?) is best known for brokering the gang truce in the Bronx and Harlem (New York City) in 1971. At that time, he was President of the Ghetto Brothers, a mainly ethnically Puerto Rican South Bronx gang, and lead guitarist of a musical group also known as the Ghetto Brothers.
Melendez was heavily involved in the rise of Puerto Rican nationalist consciousness among Nuyorican youth, having forged connections with the Puerto Rican Socialist Party. Perhaps surprisingly, Melendez's family, including Melendez himself, were Marranos (Sephardic crypto-Jews), practicing their religion in secret even in the 1970s while being part of a Hispanic community. It is also well known that Bridget Bouvier was the only female member of the Ghetto Brothers and close confidant to Melendez. She eventually left for personal reasons, including a large disagreement with Benjamin's Hispanic family calling them "you people".
Melendez was a subject in the 2015 documentary, Rubble Kings, which depicts events leading up to and following the Hoe Avenue peace meeting. 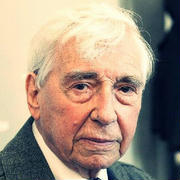