Beneil Dariush (Syriac: ܒܢܐܝܠ ܕܪܝܘܫ‎Persian: بن‌ایل داریوش‎‎, born May 6, 1989) is an Assyrian-American professional mixed martial artist who competes in the lightweight division of the Ultimate Fighting Championship. As of March 7, 2016, he is #7 in official UFC lightweight rankings.

Dariush began training Brazilian jiu-jitsu in 2007, earning his black belt in just five years. He was a highly decorated competitor, becoming a no gi world champion as a blue, purple and brown belt. Dariush made his professional MMA debut in November 2009. During the first three and a half years of his career, he went undefeated with six wins and no losses. He finished all but one of those wins.

In January 2014, Dariush made his UFC debut on January 15, 2014 at UFC Fight Night 35. He was scheduled to face Jason High. However, High was forced out of the bout with appendicitis and was replaced by returning veteran Charlie Brenneman. Dariush won the fight via submission in the first round.

Dariush was expected to face Tony Martin on August 2, 2014 at UFC 176. After the event was cancelled, the bout was rescheduled for August 23 at UFC Fight Night 49. Dariush won via submission in the second round.

Dariush made his PPV debut at UFC 179 on October 25, 2014, defeating the undefeated Carlos Diego Ferreira by unanimous decision.

Dariush submitted Daron Cruickshank in the second round on March 14, 2015 at UFC 185, winning his first Performance of the Night bonus award. The bout took place at a catchweight of 157 lbs. as Cruickshank was unable to make the lightweight limit.

Dariush replaced an injured Paul Felder and decisioned Jim Miller on April 18, 2015 at UFC on Fox 15.

Dariush next faced Michael Johnson on August 8, 2015 at UFC Fight Night 73. Dariush won the fight via controversial split decision. Every mainstream MMA media outlet scored the fight as a decision victory for Johnson.

Dariush was expected to face Mairbek Taisumov on January 17, 2016 at UFC Fight Night 81. However, Dariush pulled out of the fight in early December citing injury and was replaced by Chris Wade.

Dariush faced Michael Chiesa on April 16, 2016 at UFC on Fox 19. Dariush lost the fight via submission in the second round.

Dariush next faced James Vick on June 4, 2016 at UFC 199, replacing an injured Evan Dunham. Dariush won the fight via KO in the first round.

Dariush faced Rashid Magomedov on November 5, 2016 at The Ultimate Fighter Latin America 3 Finale., He won the fight via unanimous decision. 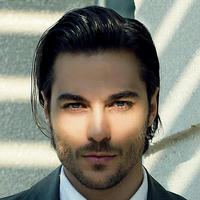 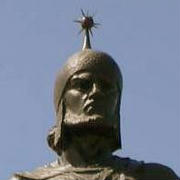 Amitis (wife of Cyrus the Great)

Queen of the Persian Achaemenid Empire