President of the Navajo Nation

Shelly's wife of 45 years, Martha Shelly, is originally from Coyote Canyon. She is Tábąąhá and born for Tódích’íiʼnii. They have five children and 10 grandchildren.

In 1990, Shelly was chairman of the Dineh Rights Association.

Shelly became the Thoreau Navajo Nation Councilman in 1991, and in 1993 he campaigned for legalized gambling in Navajo areas.

Shelly became a member of the Transportation and Intergovernmental Relations Committees, and chairman of the Budget and Finance Committee as well as serving 12 years as a McKinley County Commissioner.

He was in the leadership of the National Associations of Counties Organization, where he helped form a Native American coalition of county officials from Apache, Coconino, San Juan of Utah, San Juan of New Mexico, Navajo, Sandoval, and McKinley counties.

In 2006, Navajo Nation President Joe Shirley, Jr. selected Shelly as his running mate in the 2006 presidential election. At the time of his selection, President Shirley said of Shelly, "He has the necessary knowledge of our government, and the government outside, He is down to earth and knows the heart of the people. He was raised with culture, as I was, on a sheepskin rug." Shirley and Shelly won the 2006 Navajo Nation presidential election. Shelly was sworn in as Vice President of the Navajo Nation on 9 January 2007.

Shelly serves on the U.S. Centers for Medicare and Medicaid Services Tribal Technical Advisory Group, leading efforts to amend existing Medicaid laws to ensure that a Certificate of Indian Blood could be used to verify U.S. citizenship. Shelly represents the Navajo Nation in budget discussions and formulations for federally funded programs. In 2007, he led a Navajo delegation in consultative budget deliberations with the U.S. Office of Management and Budget.

Shelly is also an opponent of Senate Bill 1690 which would allow San Juan County, Utah Navajos to be their own trustee, managing their own resources by way of a nonprofit organization structure, without interference from the Navajo Nation. The tribe has long argued it should be the trustee, sans any federal or state interference.

In October 2010, Ben Shelly, among Navajo tribal other officials, were charged in an investigation of slush funds just weeks before the November election. Shelly pleaded not guilty to those tribal charges of fraud, conspiracy and theft. Each misdemeanor count carrying a penalty of up to a year in jail and $5,000 if convicted.

Shelly has stated that he is confident that the conspiracy, fraud and theft charges against him would be dismissed, saying he's no crook. Criminal complaints allege that Shelly unlawfully took $8,850 in tribal discretionary funds to benefit himself and his family while he served on the Tribal Council. He has pleaded not guilty and said the money was for "Legitimate Hardships."

Court documents allege that Shelly conspired to benefit himself and his immediate family, including his wife, grandchildren and a sister, in 2005 and 2006. On four occasions, Shelly filed applications for discretionary funds on behalf of his family and personally approved the requests, a complaint alleged. Tribal ethics and rules laws have limits on the value of gifts lawmakers can receive and prohibit engaging in conflicts of interest.

Police served some delegates with the complaints just before they convened for the fourth day of their fall session in the tribal capital of Window Rock.

The Tribal Council called for a special prosecutor in 2009 to look into the Navajo tribal president Joe Shirley Jr.'s relationship with two companies that had operated on the reservation. The Navajo attorney general accepted that request but also expanded the probe to include the council's use of discretionary funds, to the surprise of the council.

The council, and the Office of the President and Vice President receive millions of dollars a year through supplemental budget appropriations to dole out to elderly Navajos on fixed income, college students, organizations in need or Navajos looking for emergency funding.

Alan Balaran was hired as the Special Prosecutor earlier this year. His duties later were expanded to include a tribal ranch program, and discretionary funds given to the tribal president's and vice president's office.

"If Shelly is found guilty, however, he will be removed from office and the people will need to launch a new election process," NM State Rep. Ray Begaye, D-Shiprock said. "If removed, Shelly likely will be joined by many of the delegates. Of the 24 elected Tuesday to the reduced council, 16 were incumbents."

Despite Vice President Shelly facing criminal charges in the probe of the Council's controversial use of discretionary funds, he would go on to win the 2010 election. Later, Shelly would be cleared of any wrong doing. Shelly would serve as President during the 88-member Tribal Council reduction following the special election of December 2009 that was aimed at reforming the Navajo government.

Shelly's Presidential term was extended five months after the uncertainty of The Navajo Nation Presidential Election affected his Term in office, The Shelly Jim Administration Term in office officially ended on May 12, 2015 at 12:00 PM Noon, in which before a Flag Retiring Ceremony for the Navajo and US Flags which flew for the Shelly Jim Administration were retired and new ones flown.

During the Navajo Nation Primary Election on August 26, 2014 President Ben Shelly lost his bid for a second term with only 2,446 Votes from out of 110 Chapters. Former Arizona Representative Chris Deschene and former two term Navajo Nation President Joe Shirley JR. were to move on to the General Election, but the Navajo Supreme Court suspended the 2014 General Election, and the Council subsequently delayed the election further. Ben Shelly's term ends January 13, 2015. As determined by the Navajo Nation Code §1006, the Speaker of the Navajo Council shall assume the duties of the office in the event a vacancy of both the President and Vice President.

In a controversial appointment, Ben Shelly was designated interim president; contradicting Navajo Nation Code § 1006 in resolutions referenced as CD-80-14 and CD-81-14. on May 12, 2015 Ben Shelly and Rex Lee Jim finished their one term which was unprecedentedly extended another five months, after problems with the disqualification of Presidential hopeful Chris Deschenee and ongoing special election between Joe Shirley Jr. and Russell Begaye. The Shelly Jim Administration passed on the Navajo Nation Executive Office at 12:00 pm noon onto newly elected Navajo President Elect Russell Begaye and Vice President Elect Johnathon Nez.

The contents of this page are sourced from Wikipedia article on 16 May 2020. The contents are available under the CC BY-SA 4.0 license.
View Ben Shelly 's image gallery
Image Gallery 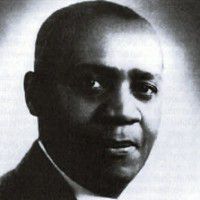 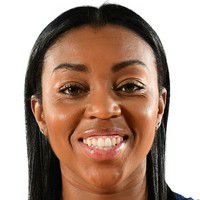