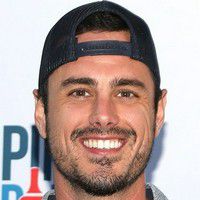 Benjamin "Ben" Higgins (born March 23, 1989) is an American reality television star who starred on the 20th season of ABC's The Bachelor, after appearing on the 11th season of The Bachelorette.

Higgins was born and raised in Warsaw, Indiana. He attended Indiana University, where he received a degree in public affairs from its School of Public and Environmental Affairs. After graduating college in 2012, he worked as an account manager in Golden, Colorado.

Higgins first appeared as a contestant in the ABC reality show The Bachelorette in 2015, as one of Kaitlyn Bristowe's suitors. He was eliminated by Bristowe after fantasy-suite dates and finished as the second runner-up.

Higgins was announced as the Bachelor on the Bachelor in Paradise After Show. The season concluded on March 14, 2016 in which 25-year-old flight attendant Lauren Bushnell was named the winner for this season and ultimately becoming Higgins' fiancée until they ended their engagement on May 15, 2017. Their breakup was the most-Googled celebrity breakup of 2017.

Ben & Lauren: Happily Ever After?

On October 11th 2016, Higgins and his fiancée Lauren Bushnell returned to television in the Freeform reality show Ben and Lauren, Happily Ever After? The show followed the couple's adjustment to regular life together after being engaged on The Bachelor. It aired for a single season before their breakup was announced on May 15th 2017.

In 2018, Higgins became a contestant on the ABC reality show The Bachelor Winter Games. He left the show early after not connecting with anyone romantically.

Higgins has been in a relationship with Nashville resident Jessica Clarke since November 2018. They became engaged in March 2020. He currently lives in Denver, Colorado. 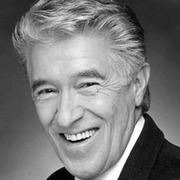