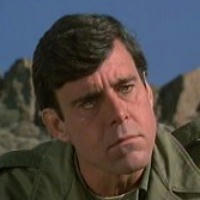 Beeson Carroll was an American film and television actor. His career spanned four decades, from min-1960s to early 2000s.

He was often seen playing the characters of police officer, sheriff, colonel, etc.

He made his acting debut in 1964, appearing as sheriff in television series Another World. In 1966, he made his film debut in Delbert Mann-directed film Mister Buddwing. In 1971, he was seen as FBI Security officer in Woody Allen-directed film, Bananas.

After working in a few television series over the next few years, he got a long-standing role as "Howard McCullough" in the hit TV comedy/drama, Mary Hartman, Mary Hartman. He appeared in 25 episodes of the series. In 1980-1981, he was seen as W.D. Hall in 17 episodes of the TV Series Palmerstown, U.S.A. He was also seen as FBI Agent "Jack Slade" in Cuba Libre episode (1987) of TV series, Miami Vice.

Carroll's last film was Katherine Dieckmann-directed Diggers (2006) in which he played the father of the lead character Hunt (played by Paul Rudd.)