Bedřich Fritta (19 September 1906, Višňová – 8 November 1944, Auschwitz) was a Czech-Jewish artist and cartoonist. Before the war, Fritta worked as an illustrator and graphic designer in Prague under the pseudonym Fritz Taussig. In the 1930s, he devoted himself to political caricature and provided input for the satirical magazine Simplicus.

Fritta was imprisoned in multiple Nazi concentration camps during World War II; some of his sketches of life in the camps survive. He was eventually deported to Auschwitz, where he perished due to ill health. 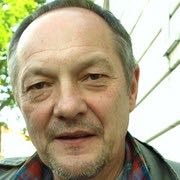