Pack Beauregard "Beau" Willimon (born October 26, 1977) is an American playwright and screenwriter. He is the creator of the Netflix original series House of Cards and served as showrunner for the first four seasons.

Beau Willimon was born in Alexandria, Virginia, to Nancy and Henry Pack Willimon. His father was a captain in the United States Navy and the family moved frequently. Willimon lived in Hawaii, San Francisco, California, and Philadelphia, Pennsylvania, before settling in St. Louis, Missouri, after Willimon's father retired to become a lawyer.

Willimon attended John Burroughs School, where he took drama classes taught by Jon Hamm and graduated in 1995. He majored in visual arts and received a BA from Columbia University in 1999. When he was an undergraduate, he met Jay Carson. In 1998, he worked as a volunteer and intern for the Senate campaign of Charles Schumer, which led to jobs with Hillary Clinton's 2000 Senate campaign, Bill Bradley's 2000 presidential campaign, and Howard Dean's 2004 presidential campaign. After graduating, he worked for the ministry of the interior for the Estonian government in Tallinn as part of a fellowship, during which he sorted through and wrote summaries of thousands of pages of E.U.-related documents. Shortly after, he moved to Vietnam to work for a small cultural magazine, and there did research for his first screenplay, based on the life of Tomas Vu, a visual arts professor at Columbia who grew up in Vietnam during the war.

He returned to New York to attend Columbia's School of the Arts. One of his mentors was playwright Eduardo Machado. Willimon said, "I was the worst student by far in our group. A lot of these people had known they wanted to be playwrights forever. I didn’t know a soul in the theater world, and I didn’t have the faintest idea how to truly write a play. But I quit drinking then and really committed myself to this path." During graduate school, he received a visual arts scholarship for a proposal to create 40 lithographs about paranoia, and lived in South Africa for a year. After receiving an MFA in Playwriting from the School of the Arts in 2003, he worked in odd jobs, including gallery and painter's assistant, set builder, finding jobs for the homeless, barista, and an instructor teaching SAT prep classes. He also did an internship with New Dramatists.

At Juilliard, he wrote a play, Farragut North, that was inspired by his experience as press aide for Dean's 2004 campaign for President. In fall 2008, it premiered off Broadway at the Atlantic Theater Company in a production starring John Gallagher, Jr., Chris Noth, and Olivia Thirlby. The production received a Los Angeles run the following summer, with Chris Pine in the starring role. Concurrently it received a production at the Contemporary American Theater Festival at Shepherd University in July 2009. Willimon was nominated in 2009 for the John Gassner Award by the Outer Critics Circle.

A film adaption of Farragut North, retitled The Ides of March, premiered in October 2011. The movie was directed by George Clooney; the script was written by Willimon, Clooney and his producing partner, Grant Heslov. It starred Clooney, Ryan Gosling, Evan Rachel Wood, Philip Seymour Hoffman, Paul Giamatti, Marisa Tomei, and Jeffrey Wright. The film was nominated in 2012 for the Academy Award for Best Adapted Screenplay, and for four Golden Globe Awards, including Best Picture – Drama and Best Screenplay.

In 2012, Willimon developed House of Cards, the American adaption of the BBC series of the same name, for Netflix. It was produced by Media Rights Capital, David Fincher, and Kevin Spacey, and stars Spacey, Robin Wright, Kate Mara, Corey Stoll, Michael Kelly, Kristen Connolly, Constance Zimmer, and Sebastian Arcelus. It premiered on Netflix on February 1, 2013. 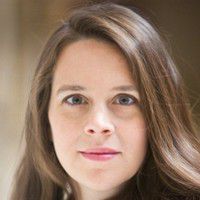 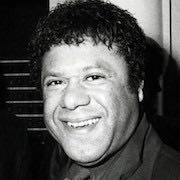