Beatriz Enríquez de Arana (1467–1536) was the mistress of Christopher Columbus.

Beatriz was born in the small village of Santa Maria of Trassierra (near Cordoba) in a family of peasant farmers and small share holders. She was from a noble family of Cordoba, Spain. She had two brothers.

According to historian Rafael Ramírez de Arellano, her father or stepfather was Pedro de Torquemada of converso origin and her mother was Ana Núñez de Arana. In his history of Cordoba he explains that she and her brother Peter took the name of their maternal aunt Mayor Enríquez de Arana. She was one of the relatives who took them in (with possibly Francisco Enriquez de Arana, a wine maker) when they became orphaned in 1471. The Núñez de Arana families were small landholders of modest means. Beatriz knew how to read and write, an unusual thing at the time. This indicated she had at least some social status. Most historians agreed, though, that the lower social status of Beatriz is the reason why Columbus never married her. He had aspired to come across someone of higher social status to help benefit his ventures.

The history of the relationship of Beatriz and Columbus starts with the reason why Christopher Columbus was in Córdoba in 1487 at the Spanish monarchs' Alcazar. In 1479 Columbus had traveled to Lisbon, to see his brother and to conduct trade. There he met his first wife Filipa Moniz and married about 1479 or 1480. They had a son named Diego. Columbus' first wife died in 1484, according to some historians, and he became a widower; other historians say he simply walked out on her and took their child, then around five years old, and moved from Lisbon to Spain. In early 1486, Columbus was living in the court of the Spanish monarchs, King Ferdinand V and Queen Isabella I in Seville, Spain. Columbus was there trying to convince them to finance his "Enterprise of the Indies" — a far-reaching expedition to reach the east by going west. Columbus had knowledge of the Canaries Current and was hoping he could reach the Indias by taking advantage of this ocean phenomenon. The Spanish monarchs were preoccupied at the time trying to unify Spain. They were interested in Columbus's idea but couldn't give it their full attention while the war in Granada was going on against the Moors. Meanwhile, Columbus was given subsistence and allowed to stay at the monarchs' castle in Cordoba since they thought he might have a good idea that would provide future riches and spread Christianity.

While waiting for a decision on his enterprise and another meeting with the Spanish monarchs, Columbus patronized a local apothecary shop that was operated by people from Genoa, Italy. Columbus supposedly was from that area in Italy and felt comfortable associating with doctors, physicians, surgeons, astronomers, scientists and others who patronized the Genoese pharmacy. At the pharmacy he became a friend of a young Basque man named Diego de Arana.

Diego had two orphaned cousins in his family's household: Beatriz Enríquez de Arana and her brother Pedro Enríquez de Arana. Their family was originally from Arana as was Diego's, a valley of Álava, Spain. Diego introduced Beatriz, a 20- or 21-year-old woman of Basque origin, to Columbus in 1487. Columbus was 35. They became lovers. In August 1488, they had a son named Ferdinand Columbus (aka Hernando Colon). They never married. Diego's family, who adopted Beatriz, had a prosperous wine business. They may have helped Columbus with money for his expeditions.

When Columbus left for his first expedition to the New World, the two children, Diego and Ferdinand, were turned over to Beatriz. She took great care of them and was even congratulated by Queen Isabella I for her outstanding work. Some historians think that the award money intended for the look-out man that would be the first to spot land went instead to Columbus's mistress. When Columbus died he left his fortune to her. She never claimed the inheritance. 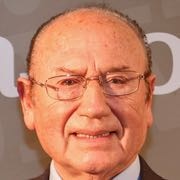