Alexander Gumuchian (/ɡʊˈmuːtʃiːɛn/; born June 30, 1995), better known as bbno$ (pronounced baby no money), is a Canadian rapper, singer, and songwriter from Vancouver, British Columbia. He is best known for his collaborations with rapper Yung Gravy as well as his 2019 single, "Lalala" with producer Y2K, which has reached over 600 million plays on the streaming service Spotify.

Gumuchian was born in Vancouver in 1995. He was home schooled before he began high school. While growing up, his mother had encouraged him to learn piano but he had always struggled with music theory. Gumuchian claims that he was good with rhythm and that he enjoyed playing Djembe drums, but did not listen to music for recreation until the age of 15.

Gumuchian started working with music after experiencing a back injury which prevented him from pursuing his dream as a professional swimmer. He became interested in rapping and music production in 2014 when experimenting on GarageBand with a group of friends. Gumuchian began simply making music for enjoyment with this group of friends who later deemed themselves Broke Boy Gang. After five or six months of performing live as a group and releasing multiple tracks online, the group broke up. He began posting tracks on SoundCloud in September 2016 under the moniker of "bbnomula" where he quickly gained millions of streams and followers. He gained popularity in China where he sold out his first few "back-to-back" headlining tours. He credited his overseas popularity to the Chinese dance crew TFBoys, after one of the members, Jackson Yee, danced to the track "Yoyo Tokyo" at his own birthday party.

In 2017, Gumuchian released his first EP, Baby Gravy, as a collaboration with Yung Gravy, shortly before releasing his debut studio album, Bb Steps, and his second collaborative EP, Whatever, with So Loki in 2018.

In early 2019, Gumuchian released his second studio album, Recess, which draws inspiration from the original Disney show of the same name, and includes features from Y2K and Trippy Tha Kid. Many tracks off of Recess gained millions of streams on Spotify. Gumuchian and Y2K have been recognized for marketing their single "Lalala" online by using various websites and online apps, namely Tinder, Instagram meme accounts, TikTok and Craigslist. The song was able to peak on over 20 charts around the world and gain over 400 million streams and 500,000 sales in the United States.

Later in 2019, Gumuchian would go on to release another album, I Don't Care At All. The album featured various pre-released singles, "Slop", "Pouch", and "Shining On My Ex", the latter of which featured frequent collaborator Yung Gravy. The album was solely produced by Y2K.

Gumuchian has described his own music as “oxymoronical rap” that is "ignorant but melodic".

Gumuchian grew up listening to straight bass dubstep and house music from names like Datsik and Excision, before listening to hip-hop artists, namely Tupac, Gucci Mane and Chief Keef. He has cited Yung Lean and Pouya as his main inspirations as a white rapper.

Gumuchian lives in Vancouver but has previously lived in Kelowna where he received a degree in human kinesiology at University of British Columbia Okanagan in 2019. 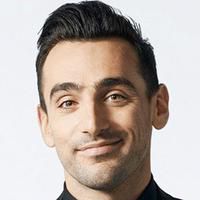 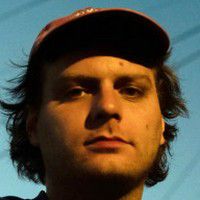 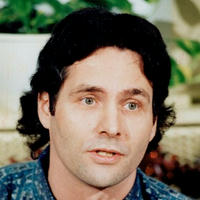