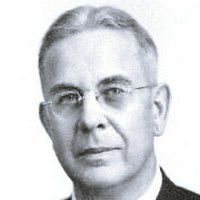 McKinney was a native of rural Heflin in south Webster Parish in northwestern Louisiana. His home church was Bistineau Baptist Church near Heflin, which holds an annual McKinney song service in July and bears an historical marker in his memory. He was an alumnus of Louisiana College in Pineville, Southwestern Baptist Theological Seminary in Fort Worth, Texas, and the Siegel-Myers School of Music and the Bush Conservatory of Music, both in Chicago, Illinois.

B.B. McKinney Chapel, on the ground of the Falls Creek Baptist Encampment in Davis, Oklahoma, is named in his honor. He was posthumously inducted into the Gospel Music Hall of Fame in 1982.