Bathabile Dlamini was born in Nquthu on 10 September 1962 and grew up in Nkandla, Matshensikazi.
In 1983 she became one of the founder members of Imbali Youth Organisation, which was one of the affiliates of the UDF where she also cut her political teeth. Imbali Youth Organisation worked very closely with the South African Students Congress and Imbali Civic Organisation. In 1985 she joined the South African National Students Congress and was one of a few women who participated in student politics and community politics. In 1989, Ms Dlamini graduated from the University of Zululand with a Bachelor of Arts (Honours) in Social Work which she passed with distinction.
In 1991 she became part of the interim leadership that was formed to build the African National Congress Women's League (ANCWL) structures in the Kwa-Zulu Natal (former Natal Midlands region). She was then elected to the first Regional Executive Committee of the ANCWL. In 1992 up until 1993, she served as Regional Secretary.
In 1991 to 1993 she worked as a social worker at an NGO called the Pietermaritzburg Cripples Association.
By the end of 1993, Ms Dlamini was elected as Deputy Secretary General of the ANCWL. She was later elected as Secretary General of the ANCWL from 1998 and served for two terms until 2008 (One of the longest serving Secretaries General of the ANCWL). She continued to work tirelessly towards the formation of the Progressive Women's Movement of South Africa.
At the start of the New Millennium, she was appointed as a Member of Parliament. Ms Dlamini was elected to the National Executive Committee of the African National Congress as well as the National Working Committee in Polokwane in December 2007. In 2008 she worked on a full-time basis as a member of the ANC in the office of the president as sectoral work co-ordinator. She is also a member of the National Executive Committee of the ANCWL. On August 8, 2015, she was elected President of the ANCWL.
She became Deputy Minister of Social Development between 11 May 2009 and 31 October 2010. She has been serving as Minister of Social Development since 1 November 2010.
During her tenure as Minister of Social Development she has campaigned for the promotion and protection of the rights of vulnerable groups in South Africa, including children, people with disabilities and women.
Some of the key innovations she has introduced for the protection of children include the Isibindi Model – an initiative that deploys trained community-based child and youth care workers in communities in an innovative team outreach programme providing care, protection and developmental support to vulnerable children and families – as well as the launch of the register for child- and youth-headed households.
On women’s issues, Ms Dlamini has also emerged as the reproductive justice’s vocal champion, especially as this relates to the right of women to access termination of pregnancy services. She has repeatedly stated that the right of women to have an abortion should always be fully located and discussed as part of the rights and the transformation of society that enables the complete emancipation of women.
Addressing the United Nation’s General Assembly on the commission on population and development on harnessing the demographic dividend and ensuring universal access to sexual and reproductive health in Africa on 19 September 2014, she said: “Sexual and reproductive health and rights can, of course, never be divorced from the pursuit of gender equality and equity, and the full empowerment of women. Sexual and reproductive health and rights is at the centre of gender relations, as much as the full realisation of Sexual and reproductive health and rights cannot be achieved in the absence of gender equality and equity.”
Ms Dlamini has also given a voice to many women who experience gender-based violence. As Chairperson of the Inter-Ministerial Committee (IMC) on Gender Based Violence she has led the roll out of the country’s most notable instrument in the fight against gender-based violence – the Gender-Based Violence Command Centre. The Command Centre is a 24-hour call centre dedicated to provide support and counselling to victims of gender based violence. Since its launch in March 2014 it has received a number of recognition awards both locally and abroad.
Other Inter-Ministerial Committees Ms Dlamini chairs include the IMC on Combating Substance Abuse as well as the IMC for Early Childhood Development (ECD).
Ms Dlamini has asserted that R753 is ample money (per month) for a social grant beneficiary, while she herself enjoys staying at hotels costing R11,000 a night. She has refused to answer any questions when asked who paid for this.
Fraud Conviction
In 2006 Ms Dlamini was found guilty of fraud, having stolen R245,000. This is the amount to which she pleaded guilty. 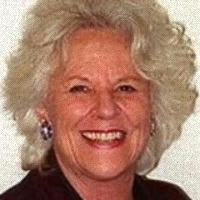 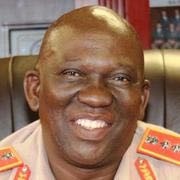 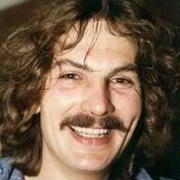