Wife of Julius Constantius and the mother of Roman Emperor Julian

Basilina (died 332) was the wife of Julius Constantius and the mother of Roman Emperor Julian, who in her honour gave the name Basilinopolis to a city in Bithynia (modern Pazarköy near Gemlik, in Turkey).

Basilina was born of Greek origin, the daughter of Caeionius Iulianus Camenius or, more likely, of Julius Julianus, she was educated by Mardonius, a eunuch who grew up in the house of her father. She became the second wife of Julius Constantius, whom she gave Julian; Basilina died a few months after childbirth. Her sister was the mother of Procopius.

A Christian, initially she favoured the Arians, but gave her lands as an inheritance to the church of Ephesus. She was a relative of Bishop Eusebius of Nicomedia, her son's tutor.

The contents of this page are sourced from Wikipedia article on 20 Mar 2020. The contents are available under the CC BY-SA 4.0 license.
comments so far.
Comments
Reference sources
References
https://books.google.nl/books?id=Zus8AAAAIAAJ
http://www.roman-emperors.org/sibling.htm
Trending today
All Film/TV Music Politics Sports Business Science Academia 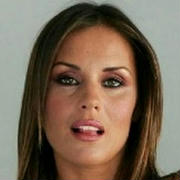 Former mayor of city Chisinau (the capital of the country Moldavian Republic), retired colonel of Romanian army, awarded veteran of World War I. 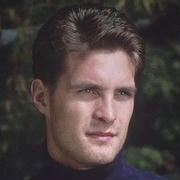