Barry Stevens (1902–1985) was a writer and Gestalt therapist. She developed her own form of Gestalt therapy body work, based on the awareness of body processes. For the Human Potential Movement of the 1970s, she became a kind of "star", but she always refused to accept that role.
She worked with, among others, the psychotherapists Fritz Perls and Carl Rogers. Bertrand Russell and Aldous Huxley were among her friends. Fritz Perls described Barry Stevens as "a natural born therapist."

Stevens was born Mildred Fox. She later changed her name from "Mildred" to "Barry." She was married to the pediatrician Albert Mason Stevens, who co-discovered Stevens–Johnson syndrome. Barry Stevens was a self-described "High School drop-out, 1918, because what she wanted to know, she couldn't learn in school." She and her husband moved to Hawai'i in 1934. After Albert Mason Stevens's death in 1945, Barry moved to California. From 1948 to 1951 she was an administrative aide at Deep Springs College, near Big Pine, California. She later worked as an editor in Albuquerque, New Mexico, then relocated to California. Barry Stevens is the mother of Judith Sande Stevens (1925-2011) and John O. Stevens (1937-) who is also a writer, Gestalt therapist and NLP-trainer. John O. "Steve" Stevens founded Real People Press, a publisher of works on psychology and personal change in 1967, in order to publish a book by Carl Rogers and Barry Stevens entitled "Person to Person".

He published books on Gestalt therapy; he was responsible for the compilation of Gestalt Therapy Verbatim, the media event that brought Gestalt therapy to public attention in the late 1960s. And he is also the editor of the 1973 book Embrace Tiger, Return to Mountain: The Essence of Tai Chi by Chungliang Al Huang, to which he and Barry Stevens wrote the preface. He later changed his name to Steve Andreas.

Her publications include Don't Push the River (It Flows by Itself), a first-person account of Stevens' investigations of Gestalt Therapy. It shows the author during a period of several months in association with Fritz Perls at Perls' Gestalt Institute of Canada at Lake Cowichan, Vancouver Island, in 1969. Barry Stevens describes both Gestalt therapy theory and practice and her relationship with Fritz Perls in a sensitive way. Thus creating a vivid image of Perls in the last months of his life.

In addition she explored Zen Buddhism, the philosophy of Jiddu Krishnamurti, and Indian American religious practices in an effort "to deepen and expand personal experience and work through difficulties." "We have to turn ourselves upside down and reverse our approach to life." Alternating with episodes from her earlier days, it became a "best-seller" in the circles of humanistic psychology.

Her earliest published work is "Hideaway Island" a loosely autobiographical novel about a woman on the far end of Long Island.

She met Nakata Yoshimatsu, a former valet of Jack London, in Hawaii in the 1930s, and helped him to write down his recollections. And she wrote an article about Nakata that was published posthumously in 2000. 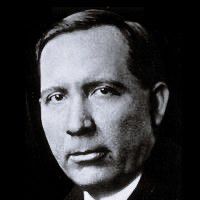 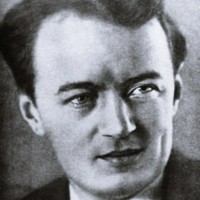