Cryer also wrote episodes for the television comedy series Doctor in the House.

Cryer was born in Leeds, Yorkshire, England. Educated at Leeds Grammar School, he went on to study English Literature at the University of Leeds. He has lived in Hatch End, near Pinner, in the borough of Harrow, since 1967.

After appearing in University revue, Cryer was offered a week's work at the Leeds City Varieties theatre, home of The Good Old Days, the longest-running television entertainment show in the world. Cryer left university after learning his first year results and travelled to London. After impressing impresario Vivian Van Damm, Cryer began as the bottom billing act at the Windmill Theatre in London, a theatre which showed comedy acts in between nude tableau shows.

However, Cryer suffered severely from eczema and, after a number of periods in hospital, was released from his contract by Van Damm. Concluding that a performing career was not a wholly sustainable income choice because of his skin condition, Cryer chose to focus mainly on writing – something he could do even when suffering eczema attacks, which he did for the next eight years.

Cryer joined the cast of Expresso Bongo (1957) with Susan Hampshire, Millicent Martin and Paul Scofield, during which he recorded the song "Purple People Eater", made famous by Sheb Wooley. For contractual reasons, Wooley's version was never released in Scandinavia, but Cryer's was, and reached number one in Finland. Cryer's first writing credits were four sketches for The Jimmy Logan Show, co-written with Douglas Camfield. Cryer became head writer with an occasional stage role for Danny La Rue's London nightclub, where he was spotted by David Frost. This led to a writing role on the variety special A Degree of Frost, which led to Cryer joining the writing team, which also included John Cleese, Graham Chapman and Marty Feldman, on The Frost Report from 1966–67. Frost used Cryer on a number of subsequent shows, which established Cryer as a star writer in the 1970s. Cryer is seen serving the wine in the original performance of the Four Yorkshiremen sketch on At Last the 1948 Show, first broadcast in 1967.

Cryer always prefers to write in partnership, so that should he dry up he is never left to deliver material. His regular partner during the 1970s was John Junkin, and with Junkin performing as Eric Morecambe and Cryer most often the role of Ernie Wise, the pair wrote some of The Morecambe and Wise Show in its BBC heyday (the 1972 and 1976 Christmas shows) when regular writer Eddie Braben was unavailable. Cryer still enjoyed performing, appearing with Tim Brooke-Taylor and Junkin in the BBC radio series Hello, Cheeky!, in which the three performers bounced jokes off each other. He also appeared in the comedy television series The Steam Video Company. He hosted the ITV comedy panel game Jokers Wild (1969–74) and had a role in All You Need Is Cash, a spoof documentary about the Beatles parody band the Rutles, as well as a cameo as a police inspector in Kenny Everett's 1984 horror spoof Bloodbath at the House of Death.

With new comedians coming forward who wrote their own material, and age progressing and still wanting to perform, Cryer refocused his career to include more performance, touring with Willie Rushton in Two Old Farts in the Night and, after Rushton's death, That Reminds Me. After a brief early stint as chairman, Cryer has been one of the panellists on the BBC radio comedy programme I'm Sorry I Haven't a Clue, which began in 1972. He also writes and stars in You'll Have Had Your Tea with Graeme Garden.

He has written an autobiography, You Won't Believe This But..., as well as a book of miscellaneous anecdotes, Pigs Can Fly. In 2005 he toured the UK with Barry Cryer: The First Farewell Tour, and in 2008 he toured with Barry Cryer: Still Alive. Cryer remains a popular after-dinner speaker.

He was the subject of This Is Your Life in 1995 when he was surprised by Michael Aspel at Thames Television's Teddington Studios.

He was appointed an Officer of the Order of the British Empire in 2001. Cryer is a member of the entertainment charity the Grand Order of Water Rats.

On 13 July 2017, Cryer received an Honorary Degree of Doctor of Letters (honoris causa) from the University of Leeds. The degree was conferred by the Chancellor, Melvyn Bragg.

The contents of this page are sourced from Wikipedia article on 06 Feb 2020. The contents are available under the CC BY-SA 4.0 license.
View Barry Cryer 's image gallery
Image Gallery 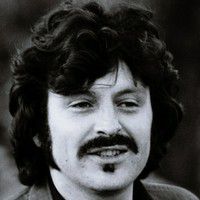