Coates worked for the government of Samoa from 1978 to 1980, promoting the development of small business. He has a bachelor of Commerce from the University of Auckland and a master in Public and Private Management from the Yale School of Management.

Coates worked at World Wide Fund for Nature WWF-UK from 1991, until 1996. He was an NGO observer on the British government delegation to the Earth Summit (the United Nations Conference on Environment and Development) at Rio de Janeiro in 1992, and was closely involved in sustainable development policy in the UK and internationally.

He was executive director of the World Development Movement (subsequently renamed Global Justice Now) from 1996 until 2003. During this time he played a leading role in international research and campaigns on trade and investment agreements, sustainable development, corporate accountability, Third World debt and international aid and development policy.

Coates was the Executive Director of Oxfam New Zealand, however he stepped down on 7 March 2014 to contest the general election for the Green Party in the Mount Roskill electorate. He subsequently developed a programme on sustainability for the University of Auckland Business School.

On 5 September 2016, it was announced that Kevin Hague will resign from the House of Representatives, and that Coates will replace him as a list MP.

On 7 October 2016, he was officially sworn in as Member of the House of Representatives and member of the Green Party parliamentary caucus. 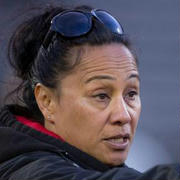