Boehm received a B.A. in mathematics from Harvard University in 1957, and a M.S. in 1961, and Ph.D. from UCLA in 1964, both in mathematics as well. He has also received honorary Sc.D. in Computer Science from the U. of Massachusetts in 2000 and in Software Engineering from the Chinese Academy of Sciences in 2011.

In 1955 he started working as a programmer-analyst at General Dynamics. In 1959 he switched to the RAND Corporation, where he was head of the Information Sciences Department until 1973. From 1973 to 1989 he was chief scientist of the Defense Systems Group at TRW Inc.. From 1989 to 1992 he served within the U.S. Department of Defense (DoD) as director of the DARPA Information Science and Technology Office, and as director of the DDR&E Software and Computer Technology Office. Since 1992 he is TRW Professor of Software Engineering, Computer Science Department, and director, USC Center for Systems and Software Engineering, formerly Center for Software Engineering.

Recent awards for Barry Boehm include the Office of the Secretary of Defense Award for Excellence in 1992, the ASQC Lifetime Achievement Award in 1994, the ACM Distinguished Research Award in Software Engineering in 1997, and the IEEE International Stevens Award. He is an AIAA Fellow, an ACM Fellow, an IEEE Fellow, and a member of the National Academy of Engineering. He received the Mellon Award for Excellence in Mentoring in 2005 and the IEEE Simon Ramo Medal in 2010. He was appointed as a distinguished professor on January 13, 2014

He was awarded the INCOSE Pioneer Award in 2019 by the International Council on Systems Engineering for significant pioneering contributions to the field of systems engineering.

His contributions to the field, according to Boehm (1997) himself, include "the Constructive Cost Model (COCOMO), the spiral model of the software process, the Theory W (win-win) approach to software management and requirements determination and two advanced software engineering environments: the TRW Software Productivity System and Quantum Leap Environment".

In an important 1973 report entitled "Ada - The Project : The DoD High Order Language Working Group" to the Defense Advanced Research Projects Agency (DARPA), Boehm predicted that software costs would overwhelm hardware costs. DARPA had expected him to predict that hardware would remain the biggest problem, encouraging them to invest in even larger computers. The report inspired a change of direction in computing.

Where A is a calibration constant based on project data and B is an exponent for the software diseconomy of scale.

Boehm refined the Delphi method of estimation to include more group iteration, making it more suitable for certain classes of problems, such as software development. This variant is called the Wideband Delphi method.

The Incremental Commitment Model (ICM) is a system design, developmental, and evolution process for 21 century systems. The systems' types cover a wide range from COTS based systems to "routine" Information Systems to human intensive and life or safety critical.

It was only in 1998, after the development of the ICM that Barry Boehm along with A Winsor Brown started to focus on reconciling it with the WinWin Spiral Model and its incarnation in MBASE and the follow-on Lean MBASE, and working towards an Incremental Commitment Model for Software (ICMS) by adapting the existing WinWin Spiral Model support tools. In 2008, the evolving ICM for Software with its risk-driven anchor point decisions, proved very useful to several projects which ended up having unusual life cycle phase sequences.

Barry Boehm has published over 170 articles and several books. Books, a selection:

The contents of this page are sourced from Wikipedia article on 10 Mar 2020. The contents are available under the CC BY-SA 4.0 license.
View Barry Boehm 's image gallery
Image Gallery 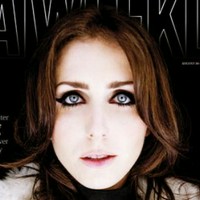