Barbora Špotáková ([ˈbarbora ˈʃpotaːkovaː]; born 30 June 1981) is a Czech track and field athlete who competes in the javelin throw. She is a two-time Olympic Champion and three-time World Champion, as well as the current world record holder with a throw of 72.28 m.

Špotáková was an All-American during her one season at the University of Minnesota in 2001-02 and won the silver medal at the 2006 European Championships in Gothenburg.

Špotáková improved the Czech national record (previously 66.21 m held by herself since 2006) twice in the final of the 2007 World Championships in Osaka. She took an early lead for 66.40 m in the first attempt and secured the gold medal in the third attempt (67.07 m) before German Christina Obergföll (66.46 m). Špotáková became the seventh woman in the world to reach the 67 m mark. More importantly, she became the Olympic winner in 2008 with her last throw, 71.42 m, which then was the new European record.

At the 2008 IAAF World Athletics Final on 13 September 2008, Špotáková broke the world record in the first round to win the competition with a throw of 72.28 m.

Špotáková was a heptathlete in her early career, finishing fourth at the 2000 World Junior Championships. Špotáková also won the International Combined Events Meeting in Hexham in 2000 before she went on to study in the USA and specialise in Javelin throwing. She is currently a member of the elite ASO (Armádní sportovní oddíl, Army Sport Group) of Dukla Prague. Until the end of the 2010 season she was coached by Rudolf Černý, who led her from a national elite level heptathlete to the World Record in the Women's Javelin. Prior to the 2011 season it was announced that Jan Železný would take over as her coach. At the end of 2010 she won the Czech federation's annual poll for "Athlete of the year" for the fourth year in a row. Then she won it again in 2011, making it five years in a row. Barbora Špotáková is consecutive winner of 2008 Beijing Olympics and 2012 London Olympics.

Špotáková gave birth to a son Janek in May 2013 and did not compete at the world championships in Moscow later that year.

In 2014, Špotáková finally captured the one major title to have eluded her, winning the European Championships in Zürich, Switzerland with a throw of 64.41 m.

Špotáková reunited with her former coach Rudolf Černý in 2015 to train for The Olympic Games in Rio de Janeiro in 2016, where she won the bronze medal with a throw of 64.80m.

Špotáková is a fan of Czech rock band "Tři Sestry" (Three Sisters). Before the Olympic Games in 2008, their leader Lou Fanánek Hagen announced that if she wins the gold medal, the band will record a song in her honor. After she had indeed won the Olympics, Tři Sestry recorded a song called "Čtvrtá sestra" (The fourth sister) celebrating her triumph. 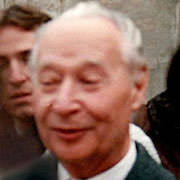