Pollet, who comes from Salzburg, played in two Federation Cup ties for Austria in 1985, against Japan and the USSR.

While competing on the professional tour she reached a career high singles ranking of 192 in the world, which was attained in 1986.

The contents of this page are sourced from Wikipedia article on 19 Apr 2020. The contents are available under the CC BY-SA 4.0 license.
comments so far.
Comments
From our partners
Sponsored
Reference sources
References
https://www.upi.com/Archives/1983/07/18/Tennis-ResultsNEWLNFederation-Cup-At-Zurich-Switzerland-July-18/1626427348800/
http://www.tennisabstract.com/cgi-bin/wplayer.cgi?p=BarbaraPollet
https://www.wtatennis.com/players/160041/barbara-pollet
https://www.fedcup.com/en/players/player.aspx?id=800178932
https://www.itftennis.com/procircuit/players/player/profile.aspx?playerid=800178932 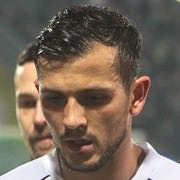