Barbara Parkins (born May 22, 1942) is a Canadian-American television and film actress.

Early life and rise to stardom

Parkins was born in Vancouver, British Columbia. At the age of sixteen, she and her mother moved to Los Angeles, where she enrolled at Hollywood High School and began to study acting, tap, ballet, and fencing at the Falcon School, where her mother played the piano. Her earliest employment was as a backup singer and dancer in the nightclub acts of major stars, including comedian George Burns. She made her film debut in a 1961 low-budget crime caper, 20,000 Eyes, and also guest starred in a number of television series, including Leave It to Beaver, The Untouchables, Perry Mason, and The Wide Country.

Shortly before gaining nationwide fame, Parkins worked as an usher in a cinema to pay for drama lessons.

Peyton Place and Valley of the Dolls Parkins in a promotional photo for Peyton Place

Parkins was involved in two of the most highly publicized projects of the 1960s—the ABC primetime serial, Peyton Place, and the film adaptation of Jacqueline Susann's best-selling novel, Valley of the Dolls.

In Peyton Place Parkins received lead billing for her role as small town bad girl Betty Anderson. As initially conceived, the character was scheduled to die in a car crash six weeks into the season, but audience reaction to Parkins was overwhelmingly favorable, and it was decided to keep her in the story line. In a late 1965 interview the actress said about her role:

I'm lucky in the role I have. Mine was the big story when the series started off. I haven't had much to do lately, but when I do have scenes, they are important to the plot. You might say I'm the salt and pepper in the stew.

She was the only female star to remain with the series through its entire run (1964–1969). In 1966 she was nominated for an Emmy Award as Best Actress in a Lead Role in a Dramatic Series, but lost to Barbara Stanwyck for The Big Valley. About losing the award on her 24th birthday, Parkins told the press:

I was hurt, but if I had to lose I was glad it was to Barbara Stanwyck, who is a grand lady and fine actress. I would have hated to lose to Anne Francis. I don't care much for her work. A woman should be feminine and not go around hitting people with judo chops the way she does in that Honey West show.

Eventually shedding her "other side of the tracks" image, Betty endured many of the trials and tribulations of soap opera life. The character achieved such popularity that when the show ended its run, producer Paul Monash developed a spin-off series, The Girl from Peyton Place, for Parkins. However, when co-star Ryan O'Neal, who played her husband, declined to participate, the project was shelved. Nevertheless, Parkins insisted she often felt very insecure on the set, saying

Sometimes I think I hold myself in too tightly. I would watch Lee Grant do those wild things when she played Stella Chernak and think I should try something like that, but when I did I was pathetic. I'm very critical of what I see of myself, but I did get an Emmy nomination, didn't I?.

In Valley of the Dolls Parkins played Anne Welles, the naive small-town girl described as "the good girl with a million dollar face and all the bad breaks"—a character based on author Susann. The film was trashed by the critics, although Parkins was one of the few to emerge unscathed. The movie, however, was a huge commercial success and eventually became a campy cult classic. "Jackie was... taken with Barbara, who she felt resembled an earlier Jackie Susann, dark and intense and with a distinctive voice."

In the late 1960s Parkins was linked to several men, but she insisted most of the stories were made up by gossip magazines. Some of the men included Omar Sharif, Adam West, David Hedison, and Marcel Marceau. In a 1965 interview Parkins said:

I get calls now, from young actors I used to have crushes on. They'll ask me out now, when they wouldn't a year ago. And I love to say "No" to them. I'd have liked it once, but now I don't need them.

After visiting London in 1968, when she served as a bridesmaid at the wedding of Valley of the Dolls co-star Sharon Tate and director Roman Polanski, Parkins decided to move to England, where she starred in several productions. Among them: Puppet on a Chain, Shout at the Devil, and The Mephisto Waltz, with Alan Alda and Jacqueline Bisset. Parkins explained why she moved to London by saying: "It's more relaxed; there's a simplicity; I love the traditions."

Parkins posed for nude pictorials in the May 1967, February 1970, and May 1976 editions of Playboy magazine. She spent most of the mid '70s appearing on American television in several miniseries, including Jennie: Lady Randolph Churchill with Lee Remick, Captains and the Kings alongside her Dolls co-star, Patty Duke, and The Testimony of Two Men with William Shatner. She also appeared in guest spots on Fantasy Island, The Love Boat, Hotel, and Vega$.

In the late 1970s, Parkins moved to France and married; and, in the late 1980s, she adopted her only child, daughter Christina.

In the 1980s, she continued to work in television movies, including To Catch a King, in which she portrayed the Duchess of Windsor, and opposite Sharon Stone in The Calendar Girl Murders. She also auditioned for the title role in the James Bond film Octopussy (1983) but lost to Maud Adams. She returned to the role of Betty Anderson in Peyton Place: The Next Generation (1985), a one-shot sequel to her popular series.

In 1991, she starred in a Canadian mystery series entitled Scene of the Crime, then spent most of the remainder of the decade in semi-retirement. She emerged in the late 1990s to participate in two Susann-inspired projects, the biopic Scandalous Me and a segment of the Lifetime series Intimate Portrait. In 1995, she was chosen by Empire magazine as number 81 on their list of 100 Sexiest Stars in film history.

In 2006, she participated with Ted Casablanca on the audio commentary for the DVD release of Valley of the Dolls and attended the release party on June 13, 2006. 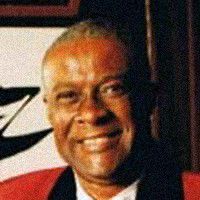 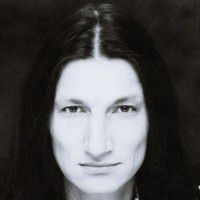 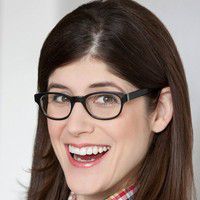