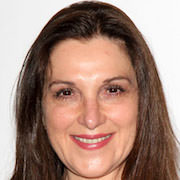 Broccoli is the daughter of the James Bond producer Albert R. "Cubby" Broccoli and actress Dana Wilson Broccoli (née Natol). In 1995, Cubby Broccoli handed over control of Eon Productions, the production company responsible for the James Bond series of films, to Barbara and her half-brother Michael G. Wilson; they continue to run the company as of 2015.

Broccoli married actor Frederick M. Zollo , but has since divorced him.

She was appointed Officer of the Order of the British Empire (OBE) by the Queen of the United Kingdom in the 2008 New Year Honours. In 2014 she was selected as a member of the jury for the 64th Berlin International Film Festival.

Broccoli started in the Bond franchise at the age of 17, working in the publicity department of The Spy Who Loved Me. Six years later, she became an assistant director on 1983's Octopussy. Soon after, she progressed to become an associate producer of the film The Living Daylights in 1987. However, her most notable role has been as a producer of the Bond films starring Pierce Brosnan and later Daniel Craig.

Following her father's death in 1996, Broccoli worked with London theatre producer Michael Rose, to create the stage musical version of Chitty Chitty Bang Bang based on the 1968 musical film starring Dick Van Dyke and Sally Ann Howes. Broccoli rehired the original songwriters from the film to write the new material for the stage version. The Sherman Brothers wrote five new songs for the show which debuted on April 16, 2002. The show ran at the London Palladium and was the most financially successful show to have ever played there, breaking numerous other impressive records. Chitty Chitty Bang Bang later transferred to Broadway, but was considered a failure, receiving poor reviews and playing just 319 performances, closing with the loss of a large proportion of the initial $15m investment. The musical has toured extensively in the UK and in Asia, with a revised version of the show touring the United States in 2008.

Broccoli co-produced Chariots of Fire, the stage adaptation of the film of the same title. Broccoli's involvement with Chariots of Fire extends back to 1980, when she introduced her friend Dodi Fayed to the screenplay. He later co-financed the film and became its executive producer. She co-produced the play along with Hugh Hudson, who directed the 1981 Oscar-winning film. 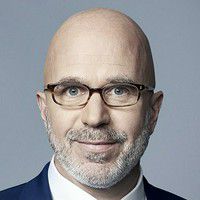