Spencer led the opposition United Progressive Party (UPP) to victory in the March 2004 parliamentary election. In addition to serving as Prime Minister, he became Minister of Foreign Affairs on January 6, 2005.

Spencer's party was swept from power in the June 2014 general election.

Baldwin Spencer is rooted in labour. For a quarter-century, he was a prominent labour leader with the Antigua and Barbuda Workers Union. He was first elected to Parliament in 1989 as the MP for the St. John's Rural West constituency.

As Opposition Leader Baldwin Spencer organized public demonstrations and went on a hunger strike to advocate for electoral reform after the widely criticized 1999 elections. His advocacy led to the formation of an independent Electoral Commission to oversee elections in Antigua and Barbuda. He also led the fight to ensure that opposition had access to state-owned media, such as the television station, Antigua Broadcasting Service (ABS). To that end, he filed a writ and took the Bird Government to court arguing that, in a democratic society, citizens have a right to hear an opposing political perspective on government airwaves.

In 2004, Baldwin Spencer led the United Progressive Party to a landslide victory in the general election. He defeated Lester Bird's ALP, which had ruled Antigua and Barbuda for the previous 28 years. In Government he moved to enact a trio of good government reforms: a nationwide school meals programme, raising the minimum wage and paying all civil servants.

Internationally Baldwin Spencer is known as a skilled diplomat who helped his country assume the leadership of the Group of 77 in 2008. He received the highest order of Cote d'Ivoire, the Commander of the National Order. He was also recognized by the United Nations for his leadership, receiving the Millennium Development Goals Achievement Award in recognition for his work advancing the cause of international development.

The UPP won the March 2009 election with a reduced majority of nine out of 17 seats. Spencer himself defeated ALP candidate Gail Christian in the St John's Rural West constituency, receiving 2,259 votes against 1,753 for Christian. Spencer said on this occasion that it would "not be business as usual", and he was promptly sworn in for another term as Prime Minister when vote counting was completed.

After 10 years in power, the UPP was defeated by the ALP in the general election held on 12 June 2014. Out of 17 seats, the UPP retained only three; Spencer won re-election to his own seat by a very narrow margin. Spencer accepted defeat, saying that the people had clearly chosen the ALP. He was succeeded as Prime Minister by ALP leader Gaston Browne on 13 June.

Spencer is married to Jacklyn Spencer and is the father of two children. On 16 August 2008, Spencer was inducted as an honorary member of the Pathfinder Club, a Seventh-day Adventist youth service organization, during a gathering of more than 3,000 Pathfinders from around the Caribbean.

The contents of this page are sourced from Wikipedia article. The contents are available under the CC BY-SA 4.0 license.
View Baldwin Spencer 's image gallery
Image Gallery 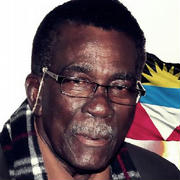 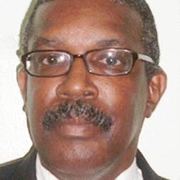