Baldwin III The Young of Flanders (c. 940–962) was Count of Flanders, who briefly ruled the County of Flanders (an area that is now northern France, northwestern Belgium and southwestern Netherlands), together with his father Arnulf I (c. 890 – 965).

Baldwin III was born c. 940, as the son of Arnulf I, Count of Flanders and his second wife, Adele of Vermandois (c. 915 – 969), daughter of Herbert II, Count of Vermandois. His father, Arnulf I had made Baldwin co-ruler in 958, but Baldwin died before his father and was succeeded by his infant son Arnulf II, with Arnulf I acting as regent until his own death. Then Baldwin Balso continued as the regent for the child.

During his short rule, Baldwin was responsible for establishing the wool manufacturing industry at Ghent and markets at other towns in Flanders. Baldwin III died on 1 January 962. After Baldwin's death, Arnulf I arranged for King Lothair of France to become the guardian of Baldwin's son Arnulf II. 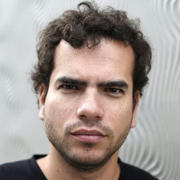