Baldwin II of Jerusalem
The basics

Baldwin II (French: Baudouin, also called Baldwin of Bourcq or Bourg; died 21 August 1131) was the second count of Edessa from 1100 to 1118, and the third ruler of Jerusalem from 1118 until his death.

Baldwin was the son of Hugh I, Count of Rethel, and his wife Melisende, daughter of Guy I of Montlhéry. He had two older brothers, Gervaise and Manasses, and two sisters Matilda and Hodierna. Baldwin was called a cousin of the brothers Eustace III of Boulogne, Godfrey of Bouillon, and Baldwin of Boulogne, but the exact manner in which they are related has never been discovered. Some books (in particular Steven Runciman's History of the Crusades) have claimed a fictitious Ida of Boulogne as grandmother to Baldwin II in order to force the relationship. While Ida of Boulogne did exist, neither of Baldwin's parents were her descendants. He left his own family behind to follow his cousins on the First Crusade in 1096 as part of the army of Godfrey of Bouillon.

In 1102 Baldwin and Tancred assisted King Baldwin against the Egyptians at Ascalon. In 1104 the Seljuk Turks invaded Edessa. With help from Antioch, Count Baldwin met them at the Battle of Harran. The battle was disastrous and Count Baldwin was captured; Tancred became regent of Edessa in his absence. Tancred and Bohemund preferred to ransom their own Seljuk prisoners for money rather than in exchange for Baldwin, and the count remained in captivity in Mosul until 1108, when he was ransomed for 60,000 dinars by Joscelin of Courtenay. Tancred refused to restore Edessa to him, but with the support of the Kurds, Arabs, Byzantines, and even the Seljuks, Tancred was forced to back down. In 1109, after reconciling with Tancred, the two participated in the capture of Tripoli.

Upon the death of Baldwin I in 1118, the crown was offered to the king's elder brother Eustace III, but Joscelin of Courtenay insisted that the crown pass to Baldwin of Bourcq, despite Count Baldwin having exiled Joscelin from Edessa in 1113. Baldwin of Edessa accepted and was crowned king of Jerusalem as Baldwin II on Easter Sunday, 14 April 1118. Almost immediately, the kingdom was simultaneously invaded by the Seljuks from Syria and the Fatimids from Egypt, although by showing himself ready and willing to defend his territory, Baldwin forced the Muslim army to back down without a battle. In 1119, the crusader Principality of Antioch was invaded, and Baldwin hurried north with the army of Jerusalem. Roger of Salerno, prince of Antioch, would not wait for Baldwin's reinforcements, and the Antiochene army was destroyed in a battle the crusaders came to call Ager Sanguinis (the Field of Blood). Although it was a crushing blow, Baldwin helped Antioch recover and drove out the Seljuks later that year.

Around this time, the second of three military orders were created. In 1118, Hugues de Payens founded the Knights Templar in Jerusalem, while the Knights Hospitaller, which had been founded in 1113, evolved into a military order from the charitable order that they had originally been. Baldwin also called the Council of Nablus in 1120, where he probably established the first written laws for the kingdom, and extended rights and privileges to the growing bourgeois communities. King Baldwin allowed Hugues de Payens to set up quarters in a wing of the royal palace, the captured Al Aqsa Mosque on the Temple Mount. Because of where it was built, on the ruins of the older Temple, the Crusaders referred to this structure as the Temple of Solomon, and it was from this structure that they took their name of "Knights of the Temple", or Templars.

In 1122 Joscelin, who had been appointed count of Edessa when Baldwin became king, was captured in battle against Belek Ghazi. Baldwin returned to the north to take over the regency of the county, but he too was taken captive by Belek in a battle near the castle Gargar in 1123, and was held captive with Joscelin. Eustace Grenier acted as regent in Jerusalem, and at the Battle of Yibneh defeated an Egyptian invasion hoping to take advantage of the king's absence. In 1124, Joscelin escaped from captivity with help from the Georgians. but Baldwin was recaptured and later ransomed for Joscelin's son, the future Joscelin II and Baldwin's daughter, Yvette. Meanwhile, the crusaders besieged and captured Tyre, with help from a Venetian fleet. This would lead to the establishment of Venetian and other Italian trading colonies in the coastal cities of the kingdom, which were autonomous and free from taxes and military duties, under the terms of the Pactum Warmundi.

In 1125 Baldwin assembled the knights from all the crusader territories and met the Seljuks at the Battle of Azaz. Although the Seljuk army was much larger, the crusaders were victorious, and they restored much of the influence they had lost after the Ager Sanguinis. Had Antioch and Edessa not been fighting amongst themselves after the battle, Baldwin may have been able to attack Aleppo; however, Aleppo and Mosul were soon united under Zengi in 1128. Baldwin attempted to take Damascus in 1126 with the help of the Templars, but the attempt was pushed back by emir Toghtekin.

Also assisting Baldwin during the attack on Damascus was his new son-in-law, Fulk V of Anjou. Baldwin had no sons with Morphia, but four daughters:

In 1129 Baldwin named Melisende his heir, and arranged for her to marry Fulk. His daughters Alice and Hodierna also married important princes, Bohemund II of Antioch and Raymond II of Tripoli respectively (his fourth daughter Ioveta became abbess of the convent in Bethany). In 1131 Baldwin fell sick and died on 21 August, and was buried in the Church of the Holy Sepulchre.

William of Tyre described Baldwin as "a devout and God-fearing man, notable for his loyalty and for his great experience in military matters," and said that he was nicknamed "the Thorny" (cognominatus est Aculeus). Ibn al-Qalanisi, who calls him "Baldwin the Little" (Baghdawin al-ru'aiuis) to distinguish him from Baldwin I, remarked that "after him there was none left amongst them possessed of sound judgment and capacity to govern." Galbert of Bruges was not so favourable; he called Baldwin "grasping and penurious", and believed he had been captured because he "had not governed the people of God well." Galbert even claims the kingdom was offered to Charles I, Count of Flanders during Baldwin's captivity; it is possible that Eustace Grenier, a native of Flanders, made such an offer.

Melisende, by law the heir to the kingdom, succeeded her father with Fulk as her co-ruler. The new queen and king were crowned on 14 September. 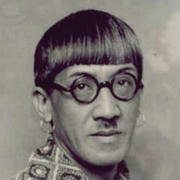