Bahtiyar Can Vanlı
The basics

Bahtiyar Can Vanlı (born June 1962 in Adana) is a German-Turkish football coach.

Can Vanlı participated in the 2002 World Cup in Korea / Japan and at the Confederations Cup in France in 2003 as assistant of Şenol Güneş, the Turkish national team coach.

He is currently head coach of the Lebanese Safa Club. With VB Sports Club Vanli won the Maldives Championship 2010 and 2011, the Charity Shield 2010 and 2011 and the presidents Cup in 2010.

He was also coach of Turkish second division Yeni Kırşehirspor. Vanli is an expert in using computer software for match analysis.

The contents of this page are sourced from Wikipedia article on 11 Mar 2020. The contents are available under the CC BY-SA 4.0 license.
comments so far.
Comments
From our partners
Sponsored
Reference sources
References
http://www.thejakartapost.com/news/2010/02/25/maldives039-vb-sports-beat-persiwa-32.html
http://www.canhoca.com
Trending today in 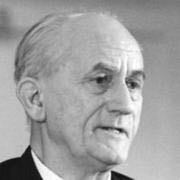