The eldest son of Alexander III of Imereti by his first wife, Bagrat V succeeded on his father's death in 1660. His influential stepmother Darejan made him marry her niece, Ketevan. However, a year later, Darejan disrupted the union and offered Bagrat herself as a bride. On the king's refusal, Darejan had him arrested and blinded. The queen dowager then remarried an insignificant aristocrat, Vakhtang Tchutchunashvili, and had him crowned as king. The move drew many nobles into opposition. They enlisted the Ottoman and Mingrelian support and restored Bagrat. Darejan was exiled to Akhaltsikhe, in the Ottoman-held Georgian province.

In 1668, Bagrat was once again dethroned by Darejan’s party with the military support of the pasha of Akhaltsikhe. However, both Darejan and her favorite were soon murdered, and Bagrat reclaimed the crown in 1669. These events had been closely watched by the royal court in Tbilisi, eastern Georgia. King Vakhtang V Shahnawaz of Kartli, whose cooperation with the Persian suzerains allowed him to bring the whole eastern Georgia under his control, campaigned in Imereti and crowned his son Archil as king of Imereti in 1678. Under pressure from the Ottomans, however, Archil was soon recalled from Kutaisi, and Bagrat was replaced on the throne again in 1679.

Bagrat was married three times. His first wife was Ketevan, daughter of Prince David of Kakheti, whom he divorced in 1661. He married secondly Tatia, daughter of Constantine I, Prince of Mukhrani, and repudiated the union in 1663 to marry her sister, Tamar (died 1683). He had two sons and three daughters:

The contents of this page are sourced from Wikipedia article on 08 Mar 2020. The contents are available under the CC BY-SA 4.0 license.
comments so far.
Comments
Reference sources
References
http://armenianhouse.org/bagrationi/history-ru/9.html
Trending today
All Film/TV Music Politics Sports Business Science Academia 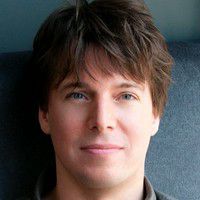