Benito Antonio Martínez Ocasio (born March 10, 1994), known by his stage name Bad Bunny, is an American Latin trap and reggaeton singer from Puerto Rico. He is considered one of the pioneers of latin trap music. His music is often defined as Latin trap and reggaeton, but he has incorporated various other genres into his music, including rock, bachata, and soul. He is noted for his deep, slurred vocal style and his eclectic fashion sense. He has frequently collaborated with artists such as J Balvin, Ozuna, Farruko, Residente, Arcángel, and Daddy Yankee.

While working in a supermarket as a bagger and studying at the University of Puerto Rico at Arecibo, Bad Bunny gained popularity on SoundCloud and was eventually signed to a record label. "Diles" was his 2016 breakthrough single, and was followed by a number of hits, notable appearances, and a collaboration with Cardi B and J Balvin on the Billboard Hot 100 number-one single "I Like It" and with Drake on "Mia". His debut album X 100pre was released in December 2018 and was awarded with a Latin Grammy for Best Urban Music Album. On June 28, 2019, Bad Bunny released Oasis, a collaborative album with J Balvin. The record contains the singles "Qué Pretendes" and "La Canción".

Benito Antonio Martínez was born on March 10, 1994, in Almirante Sur barrio in Vega Baja, Puerto Rico. His father was a truck driver and his mother is a retired schoolteacher, who would listen to Salsa, Merengue, and ballads, such as Juan Gabriel's "Abrazame muy fuerte" while Bad Bunny helped her with house-chores. He has two younger brothers, Bernie and Bysael, and considers his close friends to be part of his family. He said he was raised in a happy home.

Martínez wanted to be a singer since he was young. As a child, he attended church weekly with his devoutly Catholic mother, and sang in the church choir until age 13. After leaving the choir, he developed an interest in the artists he heard on the radio, particularly Daddy Yankee and Héctor Lavoe. Despite being shy in high school, he often created freestyle raps to entertain his classmates, developing a reputation at his school for his creativity and humor. His teenage interests also included skateboarding and WWE wrestling, both of which influenced his fashion sense.

Speaking about his distance from the Puerto Rican music industry, Bad Bunny stated, “I’m from Vega Baja, a small area that’s not a metropolis like San Juan where the majority of the genre’s artists have come from. That’s what’s most surprising and incredible about this – I simply came from nothing, and that’s that. When I was at school, I used to stay on a balcony singing and people would stand around listening.” He has stated that, when he was young, his mother wanted him to grow up to be an engineer, his father preferred that he be a baseball player, while a teacher told him that he would become a firefighter. Instead, he took courses in audiovisual communication at University of Puerto Rico at Arecibo.

While working as a bagger at Supermercados Econo in Vega Baja, Bad Bunny released music as an independent artist on SoundCloud, where his song "Diles" caught the attention of DJ Luian who signed him to his record label, Hear this Music. Since then, he has earned multiple top-ten entries on the US Hot Latin Songs chart. His breakthrough single, "Soy Peor", established him as a forerunner in the Latin American trap scene and reached number 22 on the Hot Latin Songs chart.

In the summer of 2017, Bad Bunny signed a booking deal with Cardenas Marketing Network (CMN) for several Latin American countries. He was featured in Becky G's single "Mayores", released in July 2017. Starting in November 2017, Bad Bunny hosted Beats 1's first Spanish-language show, Trap Kingz. Also in November 2017, Bad Bunny's track, "Tu No Metes Cabra" peaked at number 38 on the Hot Latin Songs chart. The re-mix also demanded the release from prison of Anuel AA. At around the same time, the song "Sensualidad," released as a collaboration between Bad Bunny, J Balvin, and Prince Royce, peaked at number 8 on the Hot Latin Songs chart, while the remix of "Te Boté" with Ozuna and Nicky Jam reached number one on that chart. In 2018, Cardi B collaborated with Bad Bunny and J Balvin on the Billboard Hot 100 number-one single, "I Like It". In Cardi B's single, Bad Bunny raps in Spanish, Spanglish, and English. It became Bad Bunny's first number-one single on the US Billboard Hot 100. Then Bad Bunny became "El Conejo Malo".

Bad Bunny released his debut album X 100pre on Christmas Eve 2018 soon after leaving DJ Luian's label "Hear this Music", revealing on an Instagram live stream that he was never allowed to make an album and also confessing that he actually produced his music by himself. He would join Rimas Entertainment as soon as he left "Hear this Music" to release his debut album on December 24, 2018. At Metacritic, which assigns a normalized rating out of 100 to reviews from mainstream critics, X 100pre received an average score of 84 based on five reviews, indicating "universal acclaim". The record contains a variety of musical genres, including pop punk, Andean music, Dominican dembow and "windswept 80s stadium rock". Alexis Petridis of The Guardian praised Bad Bunny's "off-kilter creativity", opining that Bad Bunny "feels less like part of the current pop landscape than an artist operating slightly adjacent to it. He is separated from the pack as much by a desire to take risks as by his roots."

On June 28, 2019, Bad Bunny released Oasis, a eight-song collaborative album with J Balvin. The record was released overnight and was deemed a "surprise" release. The two artists first met at a J Balvin concert in Puerto Rico, when Bad Bunny was working on releasing music on SoundCloud, and then collaborated on the 2017 track “Si Tu Novio Te Deja Sola”. The chemistry between the two was so strong that they came up with the idea to release a joint album. Oasis peaked at number nine on the Billboard Hot 100 and topped the Billboard US Latin Albums chart. In 2019, Bad Bunny performed on the main stage at Coachella. A song, "Afilando los cuchillos" , (in English: Sharpening the knives) with lyrics by Bad Bunny and Residente, was released during the 2019 protests against Ricardo Rosselló.

Bad Bunny was a guest performer in the Super Bowl LIV halftime show headlined by Jennifer Lopez and Shakira.

Bad Bunny is primarily a Latin trap and reggaeton artist. As described by a Rolling Stone article, Bad Bunny sings and raps with a "conversational tone", employing "a low, slurry tone, viscous melodies and a rapper's cadence." In an interview with Billboard, Bad Bunny stated that his biggest music inspirations growing up were Héctor Lavoe, Vico C, Daddy Yankee and Marc Anthony. Though primarily a trap and reggaeton artist, his songs also include influence from soul, pop, and R&B. He addressed his musical experimentation by stating, “If tomorrow I want to release a rock album or I want to release a bachata album, nobody can tell me anything — why can’t I? We need to try to unite audiences, unite countries, join musical tastes, unite people.” He also experimented with "garage-pop punk" on the song "Tenemos Que Hablar" from his X 100pre album.

According to Timothy Monger of Allmusic, his lyrics "range from humor and pathos to heartbreak and anger (sometimes in the same song)." Discussing the Oasis collaboration album between Bad Bunny and J Balvin, Joe Coscarelli noted that the two artists "pack their lyrics with geographically specific references and cultural allusions, offering no concessions to the white American audiences that have nonetheless embraced them."

His gender variant behavior is on full-display in many of his videos and when he, at award shows, appears with well-manicured and polished, long fingernails. In the video for his hit single, Estamos Bien, Bad Bunny is seen enjoying his time with his buddies, then polishing his fingernails with a purple nail polish then blows them dry. His fashion sense is also influenced by his interest in skateboarding as a teenager, wearing shorts that are traditionally only worn in the skate parks in Puerto Rico. His childhood passion for WWE wrestling is evident in his current work. The beginning of his "Chambea" music video features an introduction from wrestler Ric Flair. Discussing the experience, Bad Bunny explained, “[Making the video], I kept saying, something’s missing. Then it occurred to me, like damn, let’s put a legendary wrestler in here. When I got to the video I was nervous—real nervous—and I didn’t know if he was gonna be humble or more like the persona. But he’s a super, super good dude and we became friends! He invited me to WrestleMania later, and he introduced me like a friend to all of the wrestlers. I met John Cena!” After interviewing him in 2018, NPR interviewers Felix Contreras and Jasmine Garsd said that one of the things that struck them most was his humility.

Martínez says he likes to live a calm life and immediately after a concert he leaves the area to avoid crowds. He disappeared from social media for a time when he was overwhelmed with his sudden rise to fame. Views of his videos on YouTube tallied seven billion in 2018. He responded to questions regarding his absence with the release of a song saying he was fine, "Estamos Bien".

Bad Bunny has been openly critical towards the lack of humanitarian aid in the wake of Hurricane Maria, which devastated the island of Puerto Rico. Introducing his performance of "Estamos Bien" on The Tonight Show Starring Jimmy Fallon on September 26, 2018, the artist stated in English "After one year of the hurricane, there are still people without electricity in their homes. More than 3,000 people died and Trump’s still in denial." Shortly after the hurricane, Martínez personally distributed food, water, and generators in his hometown of Vega Baja. A year later, his family home was still running on three generators.

Martínez has criticized the decisions made to close schools in Puerto Rico and contrasted them with the opening of more and more prisons. He has since been nominated for Telemundo's Tu Musica Urban Awards "Humanitarian Award of the Year." He also criticized a tweet by reggaeton artist Don Omar that was widely considered to be homophobic. Bad Bunny responded by tweeting "Homophobia, in this day and age? How embarrassing, loco." In 2019, Martínez played on the "Away" roster during the NBA All-Star Celebrity Game at the Bojangles' Coliseum in Charlotte, North Carolina.

On July 22, 2019, Bad Bunny joined artists such as Residente, Ricky Martin, and more than half a million Puerto Ricans in taking the streets and shutting down a major highway PR-52, more commonly known as Expreso Las Américas or Autopista Luis A. Ferré, in the days long protests against government corruption and demanding Ricardo Rosselló's resignation. Residente, iLe and Bad Bunny produced a protest song – written and recorded in one day – called "Afilando los Cuchillos" ("Sharpening the Knives") that had 2.5 million views on YouTube within a day of its release.

The contents of this page are sourced from Wikipedia article on 28 Feb 2020. The contents are available under the CC BY-SA 4.0 license.
View Bad Bunny 's image gallery
Image Gallery 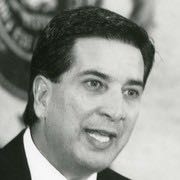 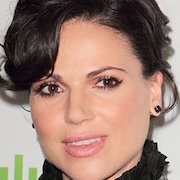 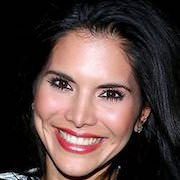 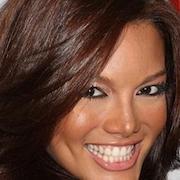 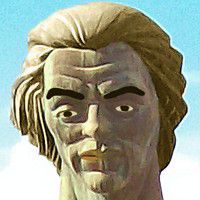