This article is about the Kurdish writer. For the Indonesian professor and ambassador, see Bachtiar Aly.
Bachtyar Ali Muhammed, also spelled as Bakhtiyar Ali or Bakhtyar Ali (Kurdish: Bextyar Elî -بەختیار عەلی), was born in the city of Slemani in Iraqi Kurdistan in 1960. He is a Kurdish novelist and intellectual. He is also a prolific literary critic, essayist and poet. Ali started out as a poet and essayist, but has established himself as an influential novelist from the mid-1990s. He has published six novels, several poetry collections as well as essay books. He has been living in Germany since the mid-1990s (Frankfurt, Cologne and most recently Bonn). In his academic essays, he has dealt with various subjects, such as the 1988 Saddam-era Anfal genocide campaign, the relationship between the power and intellectuals and other philosophical issues. He often employs western philosophical concepts to interpret an issue in Kurdish society, but often modifies or adapts them to his context.
In 2016 one of his novels was published in English, and another in German. His novel I Stared at the Night of the City was published in English in September 2016. It is the first Kurdish novel to be translated into English. It was translated by London-based translator Kareem Abdulrahman. The title of the novel in the original Kurdish edition is Ghazalnus and the Gardens of Imagination. While his novel The Last Pomegranate of the World was translated into German in 2016 under the title of Der letzte Granatapfel, translated by Rawezh Salim and Ute Cantera-Lang.

Ali finished his pre-university education in Slemani: Shaykh Salam primary school, Azmar secondary school and Halkawt preparatory school. He started studying Geology at the University of Sulaimani, and later Salah al-Din University in Arbil (Kurdish, Hawler:هەولێر), another Kurdish city, currently the capital of the Kurdistan Region. In 1983 he was wounded when he participated in a protest rally against Saddam's Ba'th Party and the protesters were shot at. In the same year he quit his studies due to political reasons. Ali speaks Kurdish, Arabic, Persian, German, and has a working knowledge of English.

Based on interviews with the writer, he wrote his first prominent piece of writing in 1983, a long poem called Nishtiman "The Homeland" (Kurdish; نیشتمان). His first article, entitled "In the margin of silence; la parawezi bedangi da" in Pashkoy Iraq newspaper in 1989. But he only truly came to prominence and started to publish and hold seminars after the 1991 uprising against the Iraqi government, as the Kurds started to establish a de facto semi-autonomous region in parts of Iraqi Kurdistan and enjoy a degree of freedom of speech. He could not have published most of his work before 1991 because of strict political censorship under Saddam. Along with several other writers of his generation - most notably Mariwan Wirya Qani, Rebin Hardi and Sherzad Hasan - they started a new intellectual movement in Kurdistan, mainly through holding seminars. The same group in 1991 started publishing a philosophical journal - Azadi "Freedom" [Kurdish:ئازادی] -, of which only five issues were published, and then Rahand "Dimension" [Kurdish:رەهەند]. (www.rahand.com).

In 1992, he published his first book, a poetry collection entitled Gunah w Karnaval "Sin and the Carnival" [Kurdish:گوناه و کەڕنەڤال]. It contained several long poems, some which were written in the late 1980s. Prominent Kurdish poet Sherko Bekas immediately hailed him as a new powerful voice. His first novel, Margi Taqanay Dwam "The death of the second only child" [Kurdish:مەرگی تاقانەی دووەم], was published in 1997, the first draft of which was written in the late 1980s.

His novels can be categorized under the magic realism genre. 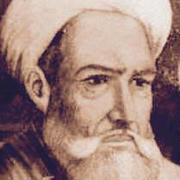