B. C. Shekhar
The basics

Sekhar was born on 17 November 1929 at the Ulu Bulu Estate (now Malayan Glass). His place of birth is located near the Rubber Research Institute of Malaysia's (RRIM) 3,400 acre experimental station at Sungai Buloh, which he developed during his tenure into one of the most comprehensively equipped research centres.

He started as a chemist at RRIM in 1949 and led research, particularly in physiochemical changes in natural rubber. He turned the institute into a research centre able to conduct in-depth research into the manufacture of rubber application from tubes, tyres and gloves to earthquake disaster prevention devices.

Under his leadership, the RRIM, Tun Abdul Razak Rubber Research Centre (TARRC) in Hertford, Britain, and the Malaysian Rubber Board (MRB) rose to great heights and gained international recognition for excellence in research, modernisation of the rubber industry and the vigorous promotion and expansion of rubber usage.

He was actively involved in the formation of the Malaysian Agriculture Research and Development Institute and evolved the Malaysian Rubber Development Corporation from a desk in his division to what it finally became.

His efforts in setting up central processing units throughout the country and spearheading small holder support and development systems lead to their achieving impressive levels of performance and viability, while contributing substantively to the nation's economy.

Sekhar also oversaw the development of stimulants to paint on rubber trees to double and in many cases triple latex yields. He was directly involved in the invention and subsequent development of the Standard Malaysian Rubber (SMR) process whose final product allowed for grading to buyers' specifications to a very high level of consistency. This was one of its most significant developments as an industrial raw material.

On the international front, Dr. Sekhar, in his capacity as chairman of the International Rubber Research and Development Board, was instrumental in converting the organisation into a dynamic institution. The membership increased threefold under his leadership.

The IRRDB successfully implemented the expedition into Brazil for collection of new germplasm. The organisation also established an international R&D program, three parts of which were financed through UNIDO Member institutes.

Dr. Sekhar travelled widely and attended numerous conferences in all parts of the world. His able and effective advocacy of the strength and stability of natural rubber carved a "niche" for him in the international elastomer industry.

With numerous patents to his name some of his more recent innovations were in the areas of rubber recycling (Delink), low protein latex and rubberised textiles.

He was also instrumental in setting up the Palm Oil Research Institute of Malaysia and was its founder and Chairman. Sekhar established Porim as one of the premier centres for oils and fats research in the world.

Sekhar was a tireless champion for the rights of Malaysian plantation workers and their progeny, mostly ethnic Indians, and made it an important part of his life's work to make sure that they received a monthly wage and due recognition from the government for their contributions to the economy of the nation.

As one of Asia's most effective scientists, Sekhar received the 1973 Ramon Magsaysay Award for Government Service and many other awards, local and international, for his efforts.

The Yang di-Pertuan Agong (King) and Government of Malaysia, in recognition of his excellent service to the nation, bestowed upon him the title of 'Tan Sri'.

A Biography has been released of Tan Sri Sekhar by The Academy of Sciences Malaysia.

Sekhar was married to Puan Sri Sukumari Sekhar. He had four children and 8 grandchildren.

Tan Sri B.C Sekhar died of a heart attack on 6 September 2006 at the Kaliappa Hospital in Raja Annamlaipuram, Chennai, India at 9am (5am India time). He was 77. His remains were cremated at the Cheras crematorium in Malaysia.

The contents of this page are sourced from Wikipedia article on 09 Mar 2020. The contents are available under the CC BY-SA 4.0 license.
comments so far.
Comments
From our partners
Sponsored
Reference sources
References
http://www.istiadat.gov.my/index.php/component/semakanlantikanskp/
https://www.geni.com/people/Tan-Sri-B-C-Sekhar/6000000001654818382
http://www.tarrc.co.uk/
http://www.rmaf.org.ph/Awardees/Biography/BiographySekharBal.htm
http://www.aliran.com/index.php?view=article&catid=31:2006-8&id=169:tan-sri-b-c-sekhar-a-truly-great-son-of-malaysia&option=com_content&Itemid=10
Trending today in 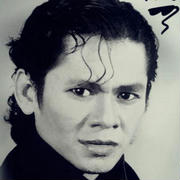 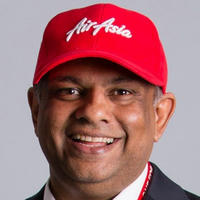 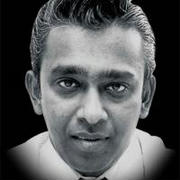 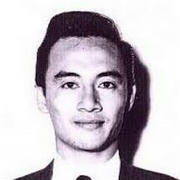