Azad Azadpour (born November 24, 1973 in Sanandaj (Kurdistan Province of Iran) is a German rapper of Kurdish descent based in Frankfurt am Main.

After having arrived in Germany from Sanandaj in Iranian Kurdistan at the young age of 10, he was into hip hop, rap, beatboxing and graffiti. In 1988 he joined D-Flame (Daniel Kretschmer), A-Bomb, and Combad in Cold-N-Locco. The band was renamed Asiatic Warriors in 1990 and mixed songs in German, English, Persian and Kurdish and achieved great fame through signing with Ruff'n'Raw Label and the EP Told Ya!. Internal differences between the band members resulted in the Asiatic Warriors breaking up.

In 1999, Azad signed as a solo artist with Pelham Power Productions. He became a sensation on the hip hop scene winning "Da Swing DJ Battle". Single "Napalm" followed by his solo album Leben completely produced by Azad and follow up album Faust des Nordwestens firmly established him as a successful artist and a cult figure.

In 2004, Azad founded his own production company "Bozz Music", the urban music wing of Universal Music. Azad formed the group Warheit with Sezai, Lunafrow, Jeyz, Chaker. Soon a huge rivalry erupted between Azad and Bozz Music label on the one side and Aggro Berlin label on the other. This put Azad even more in the spotlight as the rivalry escalated.

Azad released his third studio album Der Bozz in 2004 reaching the German Albums Top 10 by far outselling his first 2 albums. However the watchdog body BPjM slammed the album as too violent and a "danger to youth".

Oddly enough, Azad's biggest commercial success was a joint effort with German rapper Kool Savas in One released on BMG and hitting the Top 5 in German Albums Chart. Game Over his fourth album reached #8. He has released further albums but with relative success (Blockschrift in 2007, Azphalt Inferno and Assassin both in 2009)

He is also known for his collaborations with various artists like Belarusian rapper Seryoga. 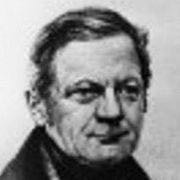 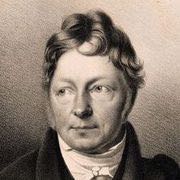