Ayn Carrillo Gailey is an American writer, editor and publisher. She is the author of Pornology (2007), published by Running Press Book Publishers in the U.S., and known in the UK under the title Good Vibrations, published by Random House. Her television credits include Dead Man's Gun for Showtime (TV network), The Visitor. CaliWood Pictures and Affirmative Entertainment purchased the rights to the book Pornology and began shooting the adaptation in 2019, under the title A Nice Girl Like You, starring Lucy Hale (Pretty Little Liars, Fantasy Island) and Jackie Cruz.

Ayn Carrillo Gailey was born in Taipei, Taiwan to a Chinese mother and an American father in the U.S. military. Her family moved to the United States soon after she was born. Because of her father's position in the Navy, the family moved frequently, including stints in Corpus Christi, Texas and San Diego, California, as well as two years in Izmir, Turkey, where Gailey spent part of middle school and high school. Gailey received a BA in Psychology from UCLA, a Masters in Education and Social Policy from Harvard University, and a MFA in Screenwriting from UCLA Graduate School of Theatre & Television.

Her first screenwriting job was in 1998, for the television show Dead Man's Gun on Showtime. She was nominated for an Outstanding Drama Script by the Writer's Guild of Canada with co-writer Samuel W. Gailey. Her first feature scripts were written for Centropolis, the company founded by Roland Emmerich and Dean Devlin. None of the scripts were produced, however she did write for the company's Fox TV Show, The Visitor. She wrote the bi-cultural relationship column Sex y LA for three years for Tu Ciudad magazine, a sister magazine to Los Angeles Magazine, published by Emmis, until the magazine was ended during the recession of 2008. She published the non-fiction book Pornology in 2007 in the U.S., UK, and Asia. During her time in Los Angeles she also worked as a writer/content editor for brands and in PR and helped write the New York Times bestselling memoir House of Nails by baseball legend Lenny Dykstra. CaliWood Pictures and Affirmative Entertainment purchased the rights to the book Pornology and began shooting the adaptation in 2019, under the title A Nice Girl Like You, starring Lucy Hale (Pretty Little Liars, Fantasy Island) and Jackie Cruz, Leonidas Gulaptis, Adhir Kalyan, and Mindy Cohn. In December 2019, she published the coffee table book Ōde, under the publishing house, St. Ōde Press, she co-founded with Sara Cunningham Farish. Her original writing appears throughout the book alongside award-winning writers. She was also the Editor-in-Chief. After decades of living in Los Angeles, she now lives on the remote island of Orcas and is active in the Pacific Northwest literary community. She is a founding board member of Orcas Island Lit Fest and Novel Lab, a free workshop for teen novelists. Her writing has also appeared in Cosmopolitan Magazine, Latina Magazine, Alegria Magazine, and Elle Magazine. She is currently working on her first novel and the second volume of Ōde.

Gailey is married to novelist Samuel W. Gailey and has one daughter with him. They reside on remote Orcas Island in the Pacific Northwest. 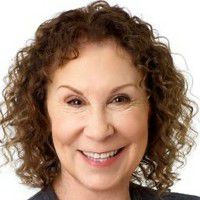 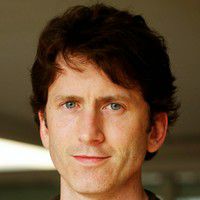