Tsubaki entered Aoyama Gakuin University as a male, but left in the second year to work at a transsexual bar in Kabukichō, Tokyo. In July 2006, she underwent sex reassignment surgery in Phuket, Thailand, and in December 2006, officially changed her registered gender from male to female in the koseki family registry. She resumed studies at Aoyama Gakuin University from April 2007. She also works as a fashion model for the Koakuma Ageha girls' fashion magazine.

The contents of this page are sourced from Wikipedia article on 23 Aug 2019. The contents are available under the CC BY-SA 4.0 license.
comments so far.
Comments
From our partners
Sponsored

Daimyo of the Sengoku period 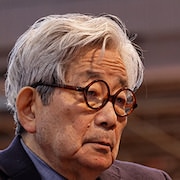