Aya Kyogoku (Japanese: 京極あや, Hepburn: Kyōgoku Aya, born c. 1981) is a Japanese video game director and producer. She is the current manager of Nintendo's Entertainment Planning & Development (EPD) Group No. 5, which oversees the Animal Crossing, Splatoon, and Wii Sports franchises. Kyogoku is best known for her work on Animal Crossing, where she has alternately served as a producer, director, and supervisor since 2008.

Kyogoku began her career in 2000 at the video game company Atlus before joining Nintendo in September 2003. At Nintendo, Kyogoku worked as a scriptwriter on The Legend of Zelda: Four Swords Adventures and The Legend of Zelda: Twilight Princess. In 2008 she worked as a sequence director on Animal Crossing: City Folk, where she was responsible for script writing and all elements relating to non-player character behavior and dialogue.

Kyogoku and Isao Moro jointly served as directors of Animal Crossing: New Leaf, the 2012 sequel to City Folk, making Kyogoku the first woman to direct a video game at Nintendo Entertainment Analysis & Development (EAD). Following the mixed critical and commercial performance of City Folk, Kyogoku sought to "get back to the series' roots" on New Leaf. After noting that she was frequently the only woman on development teams, Kyogoku and New Leaf producer Katsuya Eguchi hired a team that was half female; she also encouraged all individuals on the development team to contribute ideas for the game, regardless of their role on the project. New Leaf went on to sell over 12 million copies, and was listed as one of the best games of the 2010s by IGN and Polygon; Kyogoku credits the diversity of the team for New Leaf's critical and commercial success, stating that "when you are trying to create something that will appeal to many types of people, I have experienced how beneficial it is to have diversity on your team." 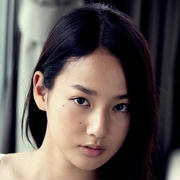