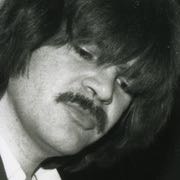 Axel Zwingenberger (born 7 May 1955) is a German blues and boogie-woogie pianist and songwriter.

Zwingenberger was born in Hamburg, Germany, and enjoyed eleven years of classical piano training. After listening to recordings by pianists Pete Johnson, Albert Ammons, Meade "Lux" Lewis, he became a boogie-woogie musician. In 1974 he performed with pianists Hans-Georg Moeller, Vince Weber and Martin Pyrker at the First International Blues and Boogie Woogie Festival in Cologne, West Germany. They also played at the Stars of Boogie Woogie and the Hans Maitner festival.

A railfan since early childhood, he published photographs of steam locomotives in The Magic of Trains and established a non-profit group with the German Foundation for the Protection of Historical Monuments which works for the preservation of trains, such as the steam-powered DR 18 201.

In spring 2009, with English pianist Ben Waters, he renewed his relationship with Charlie Watts, drummer of The Rolling Stones. With bassist Dave Green, they played concerts under the name The ABC&D of Boogie Woogie. In June 2012 they released their first album, Live in Paris (Eagle 2012), and performed in New York City at Lincoln Center and the Iridium Jazz Club.

The contents of this page are sourced from Wikipedia article on 08 Mar 2020. The contents are available under the CC BY-SA 4.0 license.
View Axel Zwingenberger 's image gallery
Image Gallery