Axel Ernst-August Clamor Franz Albrecht Erich Leo Freiherr von dem Bussche-Streithorst (24 April 1919 – 26 January 1993) was a German officer during World War II who was a member of the German Resistance. He planned to assassinate Adolf Hitler in coordination with Claus von Stauffenberg in November 1943 at the Wolfsschanze.

Born in Brunswick, to his German father and to his Danish mother Jenny Lassen, he joined the German Army in 1937 at the age of 18 as a professional officer and was posted as a junior officer of the elite Infantry Regiment 9 Potsdam (IR 9) to the eastern front in Poland. In 1942 Bussche witnessed by chance an SS-organised massacre of more than 3,000 Jewish civilians carried out by the SD at the old Dubno airport. This experience traumatized him all his life and was enough to turn him decidedly against Hitler. He joined an ad hoc resistance group within Army Group Centre later (September 1943) to be led by Count Stauffenberg. After this experience he declared that there were only three ways left to preserve his honor as an officer: to die in battle, to desert, or to rebel against the government that had ordered this and all other massacres. He chose the last option, justifying his intention to kill Hitler by his legal right to defend others against unlawful, ongoing, criminal attacks.

In November 1943, Bussche, personally encouraged by Claus von Stauffenberg, undertook to carry out a suicide bombing to kill Hitler. Hitler was due to inspect new Army winter uniforms at his Führerhauptquartier Wolfsschanze, near Rastenburg in Eastern Prussia (today in Poland). Bussche, over two metres tall, blond and blue eyed, exemplified the looks of Hitler's "Nordic" racial ideal, and was an ideal model for the uniforms. Bussche equipped a landmine with a fast reacting hand grenade detonator, which he intended to hide in the deeper pockets of his uniform trousers. He planned to detonate this bomb while embracing Hitler, thus killing both Hitler and himself.

The viewing was scheduled for 16 November 1943, but the night before, the railway truck containing the new uniforms was destroyed in an Allied air raid on Berlin. On 18 November 1943, Bussche returned to his unit on the Eastern Front. He had spent three terrible nights at the Führerhauptquartier. Bussche volunteered to try again in February 1944, when new uniforms would be at hand. In January 1944, however, he was seriously wounded and lost one of his legs.

Another officer, Captain Ewald von Kleist, volunteered to carry out the mission at a viewing on 11 February 1944. However Hitler repeatedly postponed and finally cancelled the event. Bussche spent many months in the Waffen-SS hospital in Lychen and so was not involved at all in the 20 July plot to kill Hitler. Bussche's role in the earlier assassination plots was not suspected, and he was not betrayed by any of the officers who knew of his involvement. Consequently, he was one of the extremely few Army plotters to survive the war.

After the war, Bussche studied law at Göttingen University and later became a diplomat, serving from 1954 to 1958 in the German Embassy in Washington. Then he was headmaster of the Kurt Hahn boarding school "Schule Schloss Salem" located near Lake Constance in southern Germany. He was also a member of the presidency of the Evangelical Church in Germany, an adviser to the World Bank, and a delegate to the Stockholm UN environment conference of 1972.

In 1950, he married Lady Mildred Camilla Nichola Acheson, eldest daughter of the 5th Earl of Gosford and Mildred Carter (of Virginia), who before had been married to Baron Hans Christoph Schenk von Stauffenberg. Bussche had two daughters with Lady Camilla, (Mrs.) Nicola Dietzsch-Doertenbach and Baroness Jane von dem Bussche. 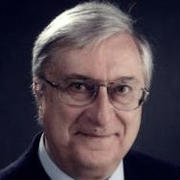