Austin Scott Miller (born May 15, 1961) is a United States Army general who currently serves as the commander of NATO's Resolute Support Mission and United States Forces – Afghanistan. He previously served as the commander of Joint Special Operations Command from March 30, 2016 to August 2018. He has participated in numerous combat operations, such as the Battle of Mogadishu in 1993, and, since 2001, the wars in Iraq and Afghanistan. He assumed his current assignment on September 2, 2018.

On October 18, 2018, Miller was in the room at the governor's compound in southern Kandahar when a Taliban gunman shot Abdul Raziq. Miller was not harmed, but drew his sidearm during the shooting, waited until the wounded were attended, and flew out with the casualties afterward, which included Brigadier General Jeffrey Smiley.

The contents of this page are sourced from Wikipedia article on 11 Feb 2020. The contents are available under the CC BY-SA 4.0 license.
View Austin S. Miller 's image gallery
Image Gallery 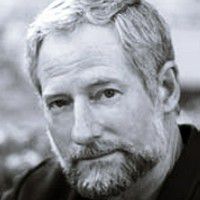