Abrams was born in Pennsylvania, and was raised in Sarasota, Florida, the son of Lori and Bradley Abrams, who are doctors. Abrams is of Jewish heritage.

Austin is known for playing Ron Anderson in the AMC television series The Walking Dead during its fifth and sixth seasons. In 2017, he co-starred in Kyle Wilamowski's film Grass Stains, playing Hunter Gorski, a scruffy 16-year-old who pays little attention to his best friend Conrad's first love.

In 2017, Abrams starred as Troy in the comedy drama Brad's Status.

The contents of this page are sourced from Wikipedia article on 30 Jun 2020. The contents are available under the CC BY-SA 4.0 license.
View Austin Abrams 's image gallery
Image Gallery 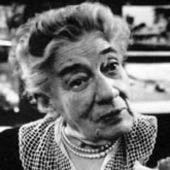