Neander was born at Göttingen as David Mendel. His father, Emmanuel Mendel, is said to have been a Jewish pedlar, but August adopted the name of Neander on his baptism as a Protestant Christian. From the grammar school (Johanneum) he passed to the gymnasium, where the study of Plato appears especially to have engrossed him. Considerable interest attaches to his early companionship with Wilhelm Neumann and certain others, among whom were the writer Karl August Varnhagen von Ense and the poet Adelbert von Chamisso.

Baptized on February 25, 1806, Neander went to Halle to study divinity at the age of 17. Friedrich Schleiermacher was then lecturing at Halle. Neander found in him the inspiration he needed, while Schleiermacher found a congenial pupil; one destined to propagate his views in a higher and more effective Christian form. Before the end of that year, the events of the War of the Fourth Coalition forced Neander to move to Göttingen. There he continued his studies, made himself an expert on Plato and Plutarch, and became especially advanced in theology under the venerable GJ Planck. The impulse communicated by Schleiermacher was confirmed by Planck, and Neander seems now to have realized that the original investigation of Christian history was to form the great work of his life.

Having finished his university course, he returned to Hamburg, and passed his examination for the Christian ministry. After an interval of about eighteen months, however, he decided on an academic career, which began at Heidelberg, where two vacancies had occurred in the theological faculty of the university. He went there as a teacher of theology in 1811 and in 1812 he became a professor. In the same year (1812) he published his monograph Über den Kaiser Julianus und sein Zeitalter. The fresh insight into the history of the church evinced by this work drew attention to its author, and even before he had terminated the first year of his academical labours at Heidelberg, he was called to Berlin, where he was appointed professor of Theology. His pupils included Edmond de Pressensé.

In the year following his appointment he published a second monograph Der Heilige Bernhard und sein Zeitalter (Berlin, 1813) and then in 1818 his work on Gnosticism (Genetische Entwickelung der vornehmsten gnostischen Systeme). A still more extended and elaborate monograph than either of the preceding followed in 1822, Der Heilige Johannes Chrysostomus und die Kirche besonders des Orients in dessen Zeitalter, and again, in 1824 another on Tertullian (Antignostikus). He had in the meantime begun his great work, to which these efforts were only preparatory studies. The first volume of his Allgemeine Geschichte der christlichen Religion und Kirche embracing the history of the first three centuries, made it appearance in 1825. The others followed at intervals—the fifth, which appeared in 1842, bringing down the narrative to the pontificate of Boniface VIII. A posthumous volume edited by CFT Schneider in 1852, carried it on to the period of the council of Basel.

He died in Berlin on 14 July 1850, worn out and nearly blind with incessant study. His grave is preserved in the Protestant Friedhof I der Jerusalems- und Neuen Kirchengemeinde (Cemetery No. I of the congregations of Jerusalem's Church and New Church) in Berlin-Kreuzberg, south of Hallesches Tor. After his death a succession of volumes, representing his various courses of lectures, appeared (1856- 1864), in addition to the Lectures on the History of Dogma (Theologische Vorlesungen), admirable in spirit and execution, which were edited by JL Jacobi in 1857.

Neander’s personal influences began first and foremost within his own family. While his father was not a very positive influence in young Neander’s life. Shortly after Neander’s birth, his mother Esther divorced from her worthless husband and removed the whole family to Hamburg. Esther Mendel struggled on a daily basis to support her children financially. As a result, the family experienced a great deal of poverty. However, Neander cherished this period in his life, and described it in endearing terms as “men in all ages who…have been indebted to their pious mothers” for planting the seeds of faith in their hearts This period in Neander’s life assuredly had a profound effect on both his personal faith, and his attitude towards life in general. Neander was often described as ‘wide-hearted’, ‘truthful’, ‘sincere’, ‘free from all the stuff of vanity’, ‘affectionate’, ‘innocent and pure of heart’ This personal quality was most certainly received through his mother’s influence. To what degree these influences had an impact on the writings of Neander has not yet been established in the literature.

Neander was most indebted to his teacher and later his friend and colleague Schleiermacher, of whom similar sentiments are evident in his perceived purpose of recording church history.

“To exhibit the history of the church of Christ, as a living witness of the divine power of Christianity; as a school of Christian experience; a voice, a sounding through the ages, of instruction, of doctrine, and of reproof, for all who are disposed to listen.”

Schleiermacher’s attitude towards history undoubtedly influenced that of his student and colleague, which in turn would have also influenced Neander’s work.

Biblical conversion from Judaism to Christianity

The conversion of Augustus Neander from Judaism to Christianity was the single most important event in his life, and had a large impact upon both himself and his writing. Neander, along with his brothers and sisters, followed later by their mother, eventually left the synagogue and embraced Christianity. In his own personal conversion, Neander was especially influenced by the Apostle John, due to the similarity in the sentiment of John’s writings to that of Neander’s beloved Plato

Neander’s conversion has often been likened to the conversion of Saint Paul of Tarsus. While his transition from Judaism to Christianity was far less abrupt than that of his predecessor, he is thought to resemble the Apostle Paul in other ways. Neander’s purity of motive, the strength of his conviction, his unselfish devotion to Christianity, and his similar zeal for freedom from a life of legalism are all aspects of Paul’s character that are reflected in the character of Neander. His conversion had a profound impact on his work and gave rise to an incredible conviction of the importance of faith, and is also considered to be one of the most sincere and intelligent events of his life. The impact that it had on both his person and his work was evident in his passion for the Lord, his relationship with his students, and his attitude towards church history

His General History of the Christian Religion and Church (Allgemeine Geschichte der christlichen Religion und Kirche) remains the greatest monument of his genius. In this Neander's chief aim was everywhere to understand what was individual in history. In the principal figures of ecclesiastical history he tried to depict the representative tendencies of each age, and also the types of the essential tendencies of human nature generally. His guiding principle in dealing both with the history and with the present condition of the church was "that Christianity has room for the various tendencies of human nature, and aims at permeating and glorifying them all; that according to the divine plan these various tendencies are to occur successively and simultaneously and to counterbalance each other, so that the freedom and variety of the development of the spiritual life ought not to be forced into a single dogmatic form" (Otto Pfleiderer).

Biblical conversion from Judaism to Christianity 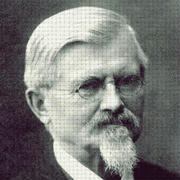 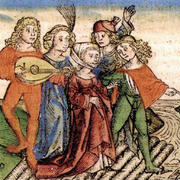