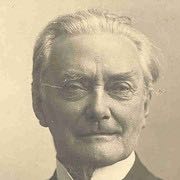 The editor of the major Latvian language newspaper Latviešu Avīzes and a member of the St. Petersburg Academy of Sciences, Bielenstein was the author of numerous major works on linguistics and ethnography, including Die lettische Sprache, nach ihren Lauten und Formen (The Latvian Language, Its Phonetics and Forms, 2 volumes, 1863–64) and Die Grenzen des lettischen Volksstammes und der lettischen Sprache in der Gegenwart und im 13. Jahrhundert (The Borders of the Latvian Tribes and the Latvian Language in the Present and in the 13th Century, 1892). He encouraged the collection of dainas, studied traditional wooden architecture, and examined castle mounds to identify them according to their description in ancient chronicles. Whilst Bielenstein made many seminal contributions to the study of the Latvian language and culture, he was also a fierce opponent of the Young Latvians and a staunch defender of the Baltic German tradition.

The contents of this page are sourced from Wikipedia article on 09 Mar 2020. The contents are available under the CC BY-SA 4.0 license.
View August Johann Gottfried Bielenstein 's image gallery
Image Gallery