Attakullakulla (Cherokee, Ata-gul' kalu; often called Little Carpenter by the English) (c. 1708–1777) was an influential Cherokee leader and the tribe's First Beloved Man, serving from 1761 to around 1775. His son was Dragging Canoe, a leader of the Chickamauga Cherokee. Attakullakulla was a man of remarkably small stature, he was noted for his maturity, wisdom, and graciousness. Attakullakulla knew some English but was not fluent. However, he was considered the most gifted Cherokee orator from the 1760s to 1770s. He first shows up on historic records in 1730 when he accompanied Alexander Cuming, a British treaty commissioner, and six other Cherokee to England, where he signed one of the first Cherokee treaties with Great Britain. By the early 1750s, Attakullakulla, renowned for his oratorical skills, had been appointed a principal speaker for the Cherokee Nation. In the 1750–1760s Attakullakulla dominated Cherokee diplomacy. Although he usually favored the British he was a consummate diplomat, always hoping for a peaceful resolution to problems but looking for the best interests of the Cherokees.

Early on in his life, he was first known as Onkanacleah. According to the anthropologist James Mooney, Attakullakulla's Cherokee name could be translated "leaning wood", from ada meaning "wood", and gulkalu, a verb that implies something long, leaning against some other object. His name "Little Carpenter" derived from the English meaning of his Cherokee name along with a reference to his physical stature. As naturalist William Bartram described him, he was "a man of remarkable small stature, slender, and delicate frame." "His ears were cut and banded with silver, hanging nearly down to his shoulders." He was mild-mannered, brilliant, and witty. Felix Walker accurately characterized Attakullakulla in his speculation on the origin of the name Little Carpenter: just “as a white carpenter could make every notch and joint fit in wood, so he could bring all his views to fill and fit their places in the political machinery of his nation”. He also excelled at building houses which could be another reason for him getting his title.

Attakullakulla is believed to have been born in the territory of the Overhill Cherokee, in what is now East Tennessee , sometime in the early 1700s. His son, Turtle-at-Home, said that he was born to a sub-tribe of the Algonquian-speaking Nipissing to the north near Lake Superior. He was captured as an infant during a raid in which his parents were killed, and brought back to Tennessee to be adopted by a Cherokee family, where he was raised as Cherokee. He married Nionne Ollie, a Natchez captive adopted as the daughter of his cousin, Oconostota. The marriage was permissible because they were of different clans; he was Wolf Clan and she was Paint Clan.

He was a member of the Cherokee delegation that traveled to England in 1730. In 1736, he rejected the advances of the French, who had sent emissaries to the Overhill Cherokee. Three or four years later, he was captured by the Ottawa, allies of the French, who held him captive in Quebec until 1748. Upon his return, he became one of the Cherokees' leading diplomats and an adviser to the Beloved Man of Chota.

In the 1750s, Attakullakulla worked to provide a steady supply of trade goods for his people. When the French and Indian War began, Cherokees journeyed to the Pennsylvania frontier to serve in British military campaigns against French and Indian strongholds. Cherokees were murdered on their way home by Virginia frontiersmen. Attakullakulla journeyed to Pennsylvania, to Williamsburg, and then to Charles Town, securing the promise of trade goods as compensation. But this was not enough to satisfy young Cherokee who wished to honor their cultural obligation of "blood revenge" and sought social status. Throughout 1758 and 1759, Cherokee warriors launched retributive raids on the southern colonial frontier. Hoping that matters might be forgiven, Attakullakulla even led a Cherokee war party against French Fort Massiac, and tried to negotiate peace with the British.

These efforts proved unsuccessful. In late 1759, Cherokees went to Charleston to try to negotiate with South Carolina authorities for peace. The colonial governor, William Henry Lyttetton, seized the delegates as hostages until the Cherokee responsible for killing white settlers were surrendered. Having raised an expeditionary force of 1700 men, Lyttleton set out for Fort Prince George, with the hostages in tow, and arrived on December 9, 1759. Attakullakulla was forced to sign a treaty agreeing that the Cherokees would deliver up "murderers" in exchange for nearly two dozen hostages confined at Fort Prince George.

Attakullakulla returned to Fort Prince George in early 1760 to negotiate for the release of the hostages, but to no avail. As peaceful negotiations failed, Oconostota subsequently lured a Lt. Richard Coytmore out of the fort by waving a bridle over his head. He then incited Cherokee warriors hiding in the woods to shoot and kill Coytmore. The garrison in the fort retaliated with the execution of all the remaining Cherokee hostages. Cherokee Indians launched an offensive against settlements on the southern frontier. Many Cherokees blamed Attakullakulla for the death of the hostages. While he worked to try to bring about peace, later in 1760, British and South Carolina troops invaded the Cherokee Lower Towns and Middle Towns. They were forced to retreat and Fort Loudoun fell to the Cherokees. Attakullakulla again attempted to negotiate a peace, but this did not come until after a punitive British and South Carolina military expedition against the Middle and Lower Towns in 1761. Attakullakulla signed peace terms in Charles Town on December 18, 1761, but was robbed and harassed by angry frontiersmen on his journey home. Throughout the 1760s, he would work in vain to stall white settlement and was a frequent guest in Charles Town and Williamsburg. In the early 1740s the French-allied Ottawa warriors captured Attakullakulla and took him to Canada. He returned to the Cherokee country precisely when the imperial rivalry between the British and the French intensified. When he returned he became the top lieutenant in his maternal uncle's Connecorte, Old Hop the head chief of the Chota.

In the 1750–1760s Attakullakulla dominated Cherokee diplomacy. Although he usually favored the British he was a skilled diplomat, always looking for a peaceful resolution to problems but looking for in best interests of the Cherokees When Connecorte died, it left Attakullakulla, the diplomat, and Oconostota, the war leader, with shared power and they led the Cherokees for a generation.

On June 2, 1760, he left the fort and was expelled from the Cherokee Council. He moved into the woods to live, finding it impolitic to be among either the ones who lost or the victors of the 1760 Cherokee War. In June 1761 a punitive British expedition dispatched by General Jeffery Amherst and commanded by Colonel James Grant ravaged the Cherokee towns in the Carolinas. Having failed to secure French support, the Cherokees recalled Attakullakulla to the council to negotiate peace with the British. Attakulla also influenced the selection of John Stuart as superintendent of Southern Indian affairs.

In 1772 Attakullakulla leased lands to the Watauga Association, a government formed by settlers, in what is now the upper eastern corner of Tennessee. In 1775 he favored the so-called Transylvania Purchase which North Carolina colonel Richard Henderson bought twenty million acres in Kentucky and Middle Tennessee. In the Treaty of Broad River (1756), he agreed to a Cherokee land succession in exchange for the English promise to build forts in Cherokee territory to protect their women and children while the men were away at war. He honored treaty promises to the English but was opposed by fellow Cherokees for doing so. However, he played the colonies of South Carolina and Virginia against each other to secure fair trading practices for his people.

In the Treaty of Peace and Friendship concluded by his Excellency William-Henry Lyttjelton with Attakullakulla, it stated that there would “be firm peace and friendship between all His Majesty's subjects of this province and the nation of Indians called the Cherokees, and then said Cherokees shall preserve peace with all his majesty's subjects whatsoever”.

Although little is known of his parentage, his family did produce other leaders. Connecotre (Old Hop), the headman of the Cherokee during the 1750s, was his maternal uncle. Attakullakulla's son Dragging Canoe led a resistance to the United States in the 1780s. His niece, Nancy Ward, was a ‘beloved woman’, who had the power to free war captives. During the Revolutionary War, Attakullakulla was one of a party of elder Cherokee leaders who ceded lands to Virginia, contrary to the wishes of younger warriors. Attakullakulla's son, Dragging Canoe, the Chickamauga Cherokee leader during the Cherokee-American wars, split with his father during this time.

After the Cherokees massacred Fort Loudon, Attakullkulla realized that Capt. Stuart, an agent of Indian Affairs under the colonial government, had escaped death. Attakullakulla had purchased Stuart from the Indian who had taken him. Attakullakulla gave his rifle, clothes and all he could command to purchase Stuart. After so doing, this by Cherokee custom made Stuart his eldest brother. The lifelong friendship proved to be profitable to the English.The life of Capt. Stewart being again menaced, for refusing to aid in the mediated reduction of Fort George, Attakullkulla resolved to rescue his friend or perish in the attempt. He accordingly signified to his countrymen that he intended to go hunting and take his prisoner with him to eat venison. The distance to the frontier settlements was great. The expedition was necessary to prevent being overtaken by those in pursuit of the Cherokee. Nine days and nights they traveled through the wilderness until they fell in with a party of rangers sent out for protection of the frontier, who conducted them in safety to the settlements. Attakullakulla is believed to have died in 1777. He was succeeded as First Beloved Man by Oconostota.

The contents of this page are sourced from Wikipedia article on 08 Mar 2020. The contents are available under the CC BY-SA 4.0 license.
comments so far.
Comments
From our partners
Sponsored
Reference sources
References
http://tennesseeencyclopedia.net/entry.php?rec=45
http://digital.library.okstate.edu/Chronicles/v015/v015p253.html
https://en.wikisource.org/wiki/Appletons'_Cyclop%C3%A6dia_of_American_Biography/Atta-Culla-Culla
Trending today in

Member of the U.S. House of Representatives from Pennsylvania 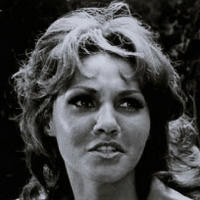