Atisha Naik is an Indian film actress has been in the field of acting since she was 8 years old when she made her debut in a Marathi play, Good Bye Doctor as a child artist. She made her film debut with Mahesh Manjrekar's Hindi film Pran Jaye Par Vachan Na Jaye. Recently, she played an important role of a lady, Sarpanch in the national award-winning film Deool.

Her Marathi film appearances in Manthan, Bandukya, Salaam and Deool were appreciated by both audience and critics.

She has also acted in Hindi feature films like Lafangey Parindey and Wake up Sid.

The contents of this page are sourced from Wikipedia article on 03 Aug 2019. The contents are available under the CC BY-SA 4.0 license.
comments so far.
Comments
From our partners
Sponsored
Reference sources
References
http://www.radiomirchi.com/picture/view/like/20698/he-powerhouse-of-comedy--atisha-naik-talks-to-rj-rahul-about-her-journey-as-an-artist-and-a-comedienne-on-kalti-katta./
https://nettv4u.com/celebrity/hindi/movie-actress/atisha-naik
https://marathistars.com/tv-serial/ghadge-sun-colors-marathi-serial/
//www.google.com/search?&q=%22Atisha+Naik%22+site:news.google.com/newspapers&source=newspapers
//scholar.google.com/scholar?q=%22Atisha+Naik%22
https://www.jstor.org/action/doBasicSearch?Query=%22Atisha+Naik%22&acc=on&wc=on
http://iconosquare.com/atishanaik
https://www.imdb.com/name/nm3832935/ 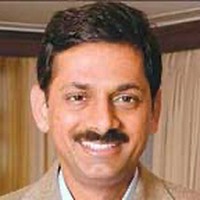