Ateng was born on 8 August 1942 in Semplak, Bogor, Indonesia. His father was a merchant. He was the second child of nine children. He studied at Taman Siswa 66 Elementary School, then continued to Taman Siswa 44 Senior High School. He used to be performing at school events. He aspired to be a diplomat so that he wanted to enrolled at Akademi Hukum Militer (Military Law Academy). However he was rejected due to his dwarfism. Finally, he studied at Universitas Nasional's social and political science.

He was involved in the broadcast of RRI's Panggung Gembira hosted by Pak Kasur. Then, he became acquainted with Bing Slamet. Ateng, Slamet, and Dradjat made a comedy group Tos Kejeblos which active in 1961-1963. In 1967, Ateng, together with Eddie Sud, and Iskak and Slamet formed Kwartet Jaya.

Prior to his death, he played on SCTV's comedy series titled Gregetan. Ateng died on 6 May 2003 at Mitra Internasional Hospital. 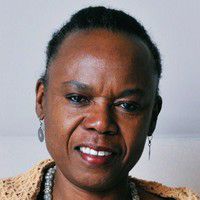